A new South Africa will not be happier by forgetting Biko 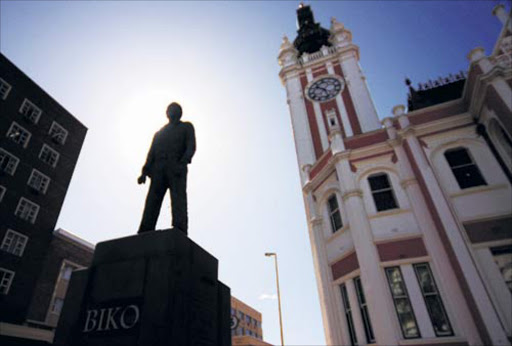 SEPTEMBER 12 1977 is etched in memory as the day when the world was robbed of one of its greatest of minds - Steve Bantu Biko.

For the powers at that time his death became logical, given that the initial cruelty routinely meted out to black people was the foundation on which their power was built.

Tampering with that foundation Biko staked himself as a native that that power could ill afford to live with.

When the only option for such a power hinges on killing, silencing comes naturally.

Anyone daring to stand in its path is a candidate for being crushed.

But Biko was not the only one to stake himself to the frontline to bring the galloping hooves of a mad horse to a dead stop.

In December 1972 South African playwright and first vice-president of the Black People's Convention, Mthuli ka Shezi, was pushed in front of a moving train and died on Germiston station after coming to the defence of African women being drenched with water by a white station cleaner.

After his acclaimed graduation speech at the University of the North (Turfloop), in which he attacked the system of Bantu Education on April 29 1972, South African Student's Organisation leader Onkgopotse Tiro was not only expelled from campus but also forced into exile in Botswana.

Two years into exile Tiro was sent a letter bomb that put an end to his life on February 1 1974.

Saso and BPC were the leading Black Consciousness formations that Biko had helped found in 1968 and 1972, respectively.

The Nationalist Party government, which had come to believe it had finally cowed the natives following the Sharpeville massacre of March 21 1960, was dismayed.

Having banned both the ANC and PAC, never did the NP think it would be openly faced by a political movement as bold and determined as BC.

In BC black people did not only rediscover themselves. They also came to redefine themselves in a manner typical of a people that had found their own voice.

Biko, whom Saths Cooper hailed for effortlessly saying things "before I could think of it", was one of the exponents of that voice.

In Biko this nation had encountered an unflinching accusing finger pointing at oppressive white society.

Equally, his tongue was just as caustic when dealing with those blacks who had sold their souls for self-demeaning outcomes.

Born on December 16 1946 in King William's Town, Biko was by 1965 enrolled at the University of Natal Medical School.

Involvement in the 1973 Durban worker strikes, at a time when trade union activity was illegal for blacks, resulted in his banning order back to King William's Town.

He was not allowed to leave his home, barred from attending meetings or speaking to more than three people at a time.

He was denied movement, speech and association, scorn was poured over his movement, accused of racism and claims that BC made blacks hate whites.

Biko's reply came when called as a defence witness in the Saso-BPC treason trial in May 1976.

The June 16 1976 uprisings saw hundreds of leaders arrested nationwide. Biko was arrested in August 1976 for 101 days in solitary confinement. Arrested twice again in 1977.

Biko's arrest on August 18 1977 with Peter Jones was the last to see this great son emerge alive.

On September 12 the world woke to the news that Biko was the 46th person to die in police custody.

If Leo Tolstoy is to be taken literally that happy people have no history, a new South Africa will not be happier by forgetting Biko.