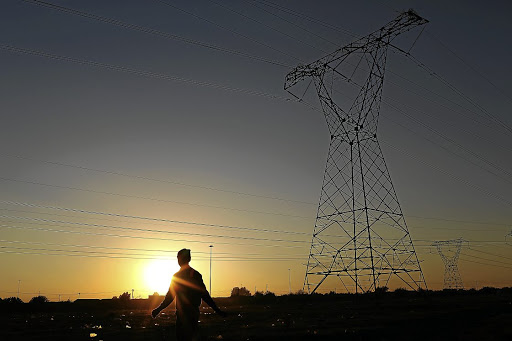 Plans for paperless classrooms may be scuppered by Eishkom, because without the internet a tablet is pointless and the internet, in turn, cannot run without electricity, says the writer.
Image: ALON SKUY

Previously on The Game of Bags, President Thuma Mina was on the floor, telling the nation how he was going to give every school-going child a tablet, so that every classroom would become paperless.

The statement was greeted with hoots of approval - viva president! - but sounded hollow mainly because Eishkom was still refusing to provide electricity on a regular basis to the struggling nation of Mzansi.

And every fool knows that without the internet a tablet is pointless and the internet, in turn, cannot run without electricity.

In fact, as the president was talking, the room he was speaking in was plunged into darkness. So, in this week's episode we pick up the story from that last dark moment.

In the darkness, we can hear various sounds: forks, knives and spoons busy at work. People chewing and swallowing and slurping their drinks.

One voice says: "Comrade, please shut your mouth while you eat!"

Another voice: "Comrade, you are spilling gravy! Make sure it doesn't reach the red overalls."

Yet another voice: "You see, if you'd given me the Eishkom tender we wouldn't be eating in darkness."

Another voice: "Maybe eating in darkness is a blessing. I've always found it embarrassing to eat my prawns while knowing that other people were struggling to even get their pap and cabbage on a regular basis."

On and on they continue, eating and arguing. The room is still as dark as the soul of a corrupt Khongolose politician. And as cold as Comrade Gedle's heart.

Suddenly, the electricity comes back. Comrade Minister of Big Bags rushes to the podium to deliver his budget speech. Chomping on a T-bone steak, he mutters: "That woman called the public protector, she has a problem. as I was saying, we are going to increase the tariff on cigarettes and alcohol. Comrade Thuma Mina is correct, we need to break Eishkom down into three stokvel-size entities.

"If there are three entities, the punters out there won't know who to shout at."

"Hear, hear," says a voice in the crowd, "Of course we didn't struggle to be poor. Where were these masses when we were fighting in the bush, over there in the forests of Sussex University and Moscow School of Unquestioning Propaganda."

There's sudden chaos in the opposition benches. The camera zooms in on Honourable Bant'abekho Howl-a-minute of the Dwem. The Speaker of the House, licking her fingers, says: "Honourable member, on what point are you rising?"

Bant'abekho says: "I am rising on a point of exigency."

He pauses and looks across the floor, at the people in red overalls. "Is that how you say it, Jules, point of exigency? Okay, if not, I am rising on the point of a growling stomach. May I ask this house to make me deputy president? I'm not asking for much. Just some smallanyana bowl of gravy."

Out of nowhere, honourable member Terrible Terror of the La Copa clan rises and says: "President Thuma Mina was a sellout. He sold us out and we ended up on the Island where I might or might not have lost a tooth."

Meanwhile, in the public gallery, Normakanjani Gigabyte, the wife of the former minister of in-house affairs is taking yet another selfie. Then she posts it on Instagram with the message: "It's getting hot here. But I miss my husband's boerewors."

In the Khongolose section of the room, comrade Mvula'iyana digs her hand into her Louis Vuitton bag, retrieves a braai pack which she passes under the table and whispers to the next member: "Send this to Terror. Only a hungry person can ask uncomfortable questions."

Once again, the house is plunged into darkness. Somebody sighs: "Eishkom."

Eskom anticipates no load-shedding - for now

After a week of rolling blackouts‚ Eskom said on Monday that it anticipated no load-shedding this week.
News
2 years ago