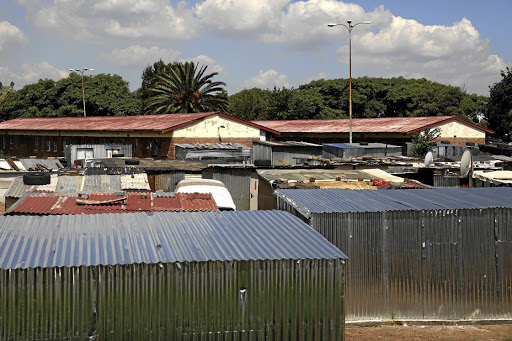 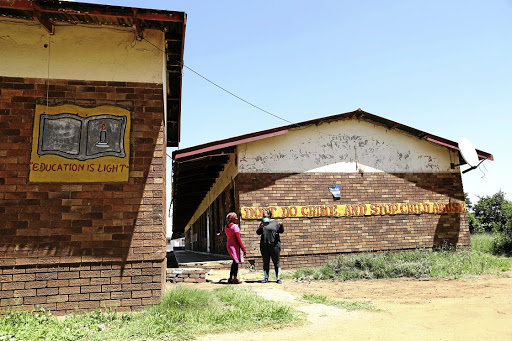 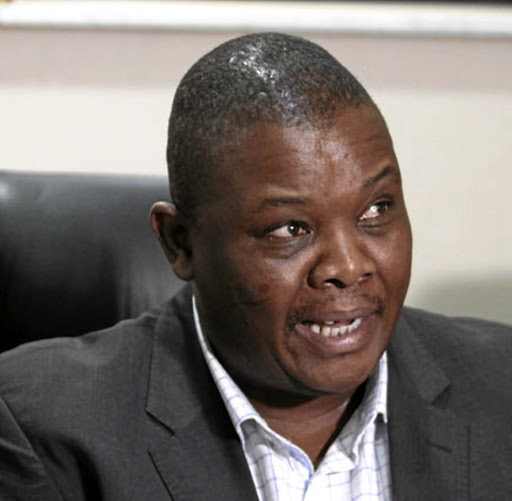 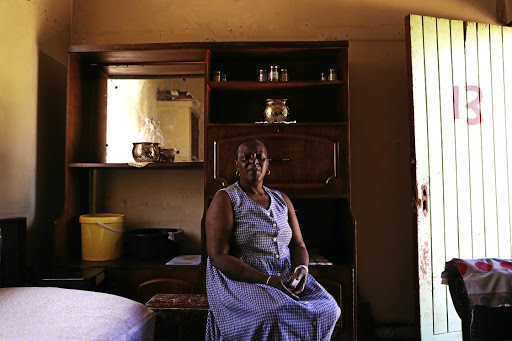 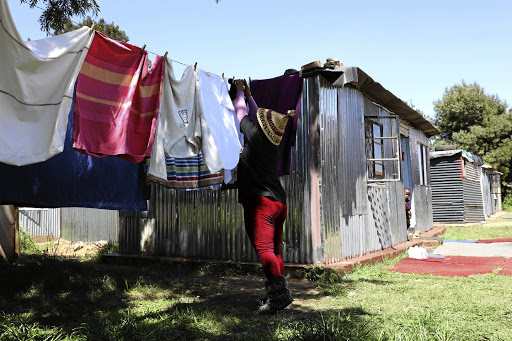 Bakgomana Primary School in Diepkloof, Soweto, is unlike any other school - it has become a home to more than 300 people - and the number keeps increasing.

There are no security guards at the entrance and there's no buzz of school kids on the play ground but a number of shacks occupy what was once the football field.

The school, which was abandoned more than 10 years ago after it was closed due to declining numbers of pupils, is still fenced.

When Sowetan visited the school this week, a woman was hanging her laundry on a washing line. Her two children walked out of a small one-roomed shack, which seemed new, judging by its shiny sheets of corrugated iron.

But as she spotted our cameras, she smiled but quickly vanished back into the shack.

There were other people busy erecting new shacks next to hers.

The woman is one of the many shack dwellers who have found a new home in what used to be a school in Soweto. She refused to give the Sowetan her name.

Of the school's 12 classrooms, 11 are now used as homes, with each housing at least two families. The remaining classroom is used as a church on weekends.

Nobody pays anything to live in the premises which have access to running water.

Shadi Kungwane, one of the first group of residents to move into the school, estimated that there was about 300 families on the property since they moved in early last year.

Kungwane, 64, lives in what used to be the school's office. She left her children and grandchildren at her family house across the road from the school.

She said the school had no electricity because the power cables were stolen by "nyaope boys" - drug addicts.

A 12-year-old pupil who contracted an infection from using filthy toilets at school, resulting in her being hospitalised, says not much has changed ...
News
3 years ago

"The school was a mess when we first came in here. It was so vandalised. Criminals used to steal cars from everywhere and hide them here. they would rob people on the streets at night and run to this school," said Kungwane.

She said the residents, who she described as "one big happy family", clubbed together some money and fixed the toilets.

Hairdresser Mojabeng Kurata, who lives in a classroom, said moving into the school had saved her money after she left a rented backroom in Diepkloof Zone 5. She shares her new home with another family.

"By moving here I have been able to have enough money to pay for my daughter's education. She is at a college in Braamfontein (central Joburg). I would not have managed to pay her fees if I was still paying rent," said Kurata.

Gauteng education department spokesperson Steve Mabona said Bakgomana primary school was closed down as it was no longer viable.

"You will find that old areas no longer have young people and children; it is mostly grannies who live there. The parents who had children have gotten RDP houses elsewhere and left the place. In such an area, you will not have a viable school," Mabona said.

Mabona, however, could not provide how many schools have been closed in Soweto over the past few years.

The National Education Policy Act guidelines stipulate that the department has a case for closing a primary or secondary school with fewer than 135 and 200 pupils, respectively.

Gauteng MEC of infrastructure Jacob Mamabolo said: "The period of abandoned schools will be over in the next financial year. Now that we have compiled a register (of all immovable property), we can make the decisions on the assets," he said.

Mamabolo warned that those who have invaded government property will be evicted. A company has already been appointed to dispose of some of the assets.