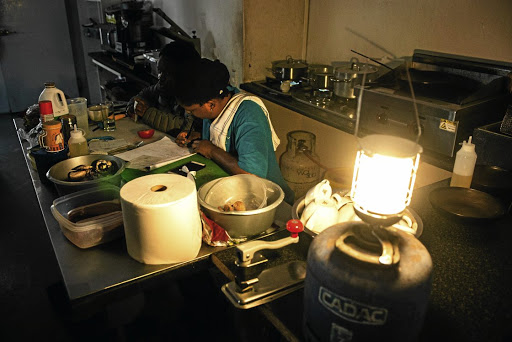 The two, who were implicated in allegedly running Eskom down, appeared to have found their voices when they gave TV interviews as experts on load-shedding at the weekend.

Their re-emergence has attracted criticism from some quarters.

Yesterday, eNCA aired its interview with Molefe on the problems at Eskom, a few days after Koko was interviewed by the SABC.

The two believe that Eskom has sufficient capacity and there is no reason for load-shedding.

"When I joined Eskom there was a huge maintenance backlog and we devised a plan to implement maintenance in such a way that it did not lead to load-shedding.

"We caught up with the backlog and came on schedule. We increased planned maintenance, cut unplanned ones and the outages. I am not sure of what is happening at the moment," Molefe said.

He left Eskom in November 2016 after weeks of public outcry following the release of the public protector's state of capture report.

The report showed Molefe and Ajay Gupta, the eldest of the Gupta brothers, had made 58 calls to each other between August 2015 and March 2016.

Investigators who worked on the report also found that Molefe had been at or in the vicinity of the Guptas' Saxonwold home on 19 occasions between August 15 2015 and November 7 2015.

Koko, whose stepdaughter allegedly had about R1bn in contracts awarded to her company while he was at Eskom, said Molefe stopped load-shedding without Medupi or Kusile power stations.

"These are just diversions, Eskom should be able to keep the lights [on]," he said.

Koko's views attracted the ire of ANC head of elections Fikile Mbalula, who took to Twitter to lampoon him.

"Matshela koko take(s) himself too serious they ran down Eskom corrupted the entity today he want the whole country to situp and take notice. NONSENSE," Mbalula tweeted.

"What they forgot to mention was the excessive diesel of over R1bn a month to keep the lights on," he said.