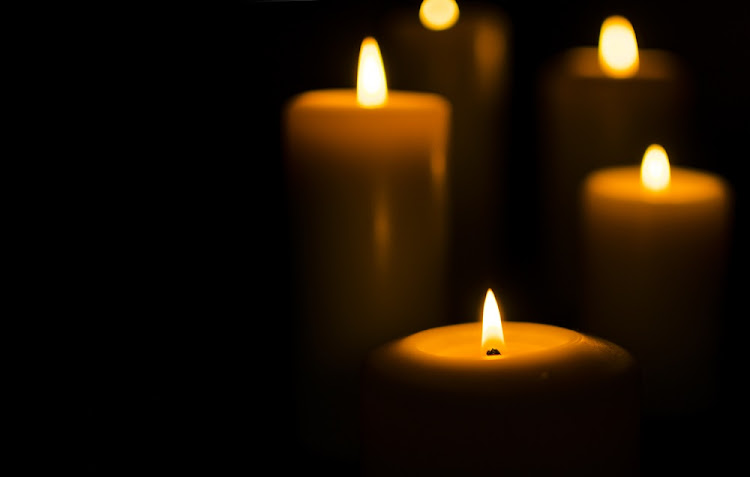 Welcome my old friend, the candle. South Africans have once again had to dust off candles as Eskom plunged SA into further darkness this week with no hope of light in sight. Eskom is struggling from a couple of major themes: corruption, inefficiency, mismanagement and debt, thanks to an incompetent ANC government.

Corruption and state capture were masterminded by major culprits Matshela Koko, Brian Molefe and Anoj Singh, among others, who managed to ransack Eskom through prepaid coal contracts, nepotism, inflated supply contracts and exorbitant consultancy fees. This cabal decided to disinvest from coal mines, short-changing the future of coal supply for Eskom.

At the same time, they rewarded each other with massive bonuses and salaries. This action has hollowed out the entity and left it in financial ruins. The culture of rewarding mediocrity, corruption and mismanagement has seeped throughout the organisation, which has created a bloated, inefficient entity. According to a recent World Bank study that used staff data from 36 different countries, Eskom is considered to be 60% overstaffed, which is around 27,500 of staff.

Productivity is extremely low despite this massive labour force, with the equivalent utility in India producing about 40 times more electricity per employee.

Then just over 11 years ago, two massive coal power stations - Medupi and Kusile - were envisaged and construction began. These two projects have become the albatross around Eskom's neck. Shoddy workmanship and poor project management saw costs ballooning from R149bn to R345bn.

We concur with President Cyril Ramaphosa that when it comes to fixing troubled Eskom, "we do not have the luxury of time".
Opinion
3 years ago

The situation is spiralling out of control, with brand-new units constantly going off-line for repairs and billions needed to fix these new units being the order of the day.

Eskom's debt amounts to R419bn, and according to the corporate plan, the strategy is to increase debt to R600bn over the next three years. This poses a massive risk to the sovereign credit rating, which has guaranteed the majority of Eskom's debt since its credit rating is already in junk status.

The latest update indicates that Eskom has used R336bn of a R350bn government guarantee. The bottom line is that if Eskom defaults, the sovereignty will be downgraded and billions of rands would flow out of the country, destroying the spectre of an investment-friendly destination that President Cyril Ramaphosa has been punting. All these issues point to a national crisis, not an Eskom crisis, with the blackouts pushing our economy and millions of jobs to the brink of collapse.

What is the solution in these dark days? We have called for a parliamentary national debate to discuss Eskom. This will hopefully encourage solutions and lift the urgency to deal with this crisis.

The DA has led the charge on ways to fix Eskom over the past year, with the development of the "cheaper electricity bill" which seeks to break Eskom into two separate entities, namely into a generation and transmission entity. This would see the generation entity privatised in an effort to break Eskom's monopoly, allowing independent power producers to compete on an equal footing.

The transmission/distribution entity would remain state-owned. It will also allow well-functioning metros to apply to enter into agreements with electricity generators directly.

This will create stability and allow metros to offer green and clean energy to consumers at competitive prices.

We cannot hesitate to fix Eskom; everything must be done to avert Eskom from bringing our economy and country down with it.

Mazzone, is DA member of parliament