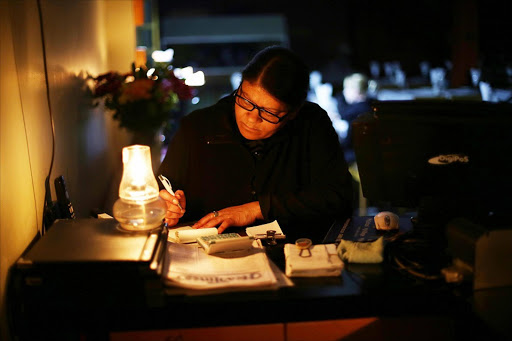 Stage 4 of represents the most critical as Eskom would then need to save 4,000 megawatts. Load-shedding is then implemented to avoid total blackout.
Image: ESA ALEXANDER.

• Stage 1 of load-shedding is the least disruptive as the company needs just 1,000 megawatts relief to balance between demand and generating capacity. This means there will be less areas affected by the disruption in electricity supply.

• In stage 2, the picture changes as 2,000 megawatts are needed, which increases the number of areas affected and the frequency of load-shedding.

• In stage 3, Eskom needs 3,000 megawatts of power to be rotationally load-shed nationally at a given period.

• Stage 4 represents the most critical stage for the balancing act between supply and demand at Eskom. The company would then need 4,000 megawatts as its system would be at its highest risk. The number of areas affected by the disruption in the supply of electricity is high, and so is the frequency of the disruptions.

Stage 4 is implemented to prevent a national blackout where the country is thrown into total darkness. Recovering the system from the blackout is costly and takes time, hence Eskom chooses load-shedding to prevent this worst-case scenario.

In most instances, load-shedding is normally implemented in two-hour blocks.

However, in Eskom-supplied Johannesburg areas, blocks are four hours long. This is to coincide with City Power's four-hour schedule.

President Cyril Ramaphosa has expressed shock at the news that Eskom is implementing stage 4 of load-shedding.
News
3 years ago