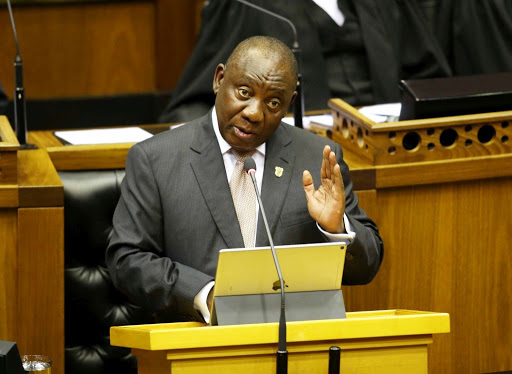 In his 2019 State of the Nation Address, President Cyril Ramaphosa announced that Eskom would be stripped into three parts.
Image: Esa Alexander/SUNDAY TIMES

Cosatu in Gauteng on Monday reiterated its rejection of the plan to unbundle power utility Eskom, citing possible job losses in the process.

“Our experience for the past 50 years has demonstrated that unbundling results in massive retrenchment and unemployment of workers in those affected corporates in the private sector and we see nothing different from this move,” said provincial secretary Dumisani Dakile.

Cosatu’s remarks follow president Cyril Ramaphosa announcing during his state of the nation address last Thursday when he said the parastatal will be unbundled into three sections - generation, transmission and distribution. All three companies will fall under Eskom Holdings.

President Cyril Ramaphosa announced on Thursday that troubled power utility Eskom would be broken up into three separate entities.
News
2 years ago

“We reject the proposed unbundling of Eskom which is meant to start the process of privatisation of this critical and important institution that needs to play a critical developmental role in our economy.

“The call for the unbundling of Eskom is a declaration of war against the working class and the poor; the [consumer] would also bear the brunt of this process through high electricity prices,” added Dakile.

The department of public enterprises, the Presidency as well as National Treasury will work with the Eskom board chaired by Jabu Mabuza, which is tasked with implementing the new business model and the new Eskom structure.

Cosatu has since called on Ramaphosa to make a commitment that the restructuring will not lead to job losses.

A national strike will take place on Wednesday where a memorandum of demands will be sent to the Gauteng provincial legislalature as well as the Chamber of Mines.

Workers are expected to gather from 9am at Mary Fitzgerald Square in Newton, Johannesburg.

We concur with President Cyril Ramaphosa that when it comes to fixing troubled Eskom, "we do not have the luxury of time".
Opinion
2 years ago

'Privatisation via back door' - Numsa's Irvin Jim on Eskom split

The National Union of Metalworkers of SA has rejected the announcement by President Cyril Ramaphosa during his state of the nation address that power ...
News
2 years ago
Next Article