Give cops pat on back for arrests 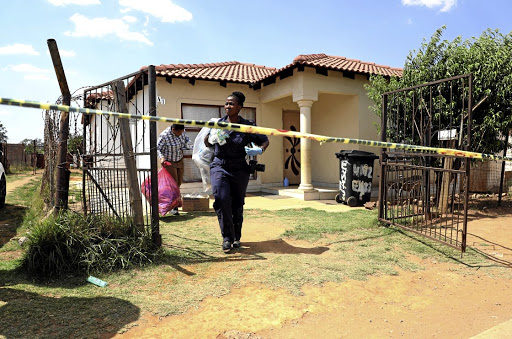 One of the two men charged with the murders of the Khoza family last week in Vlakfontein, Johannesburg, could have fled the country if it was not for police officers who acted like greased lightning.

The grisly discovery of seven decomposed bodies buried under a heap of sand inside their home hit the headlines on Tuesday last week.

Relatives, aged between two and 50, were found after their neighbours became concerned over a stench coming from of the house and summoned help.

According to police spokesperson Mavela Masondo the younger man was apprehended on Thursday in Mpumalanga, near the Lebombo border post with Mozambique.

The 61-year-old was captured in Dobsonville, Soweto.

The two appeared in the Lenasia magistrate's court yesterday on charges of rape and seven of premeditated murder.

It also emerged in court that the 27-year-old is originally from Zimbabwe and was allegedly in the country illegally and using a fictitious name.

He could have left the country and very easily disappeared without a trace.

Well done to the South African Police Service officers for acting swiftly by arresting the man.

Prime suspect in Vlakfontein murders opts not to apply for bail

A man accused of murdering the Khoza family at their home in Vlakfontein‚ south of Johannesburg‚ is an illegal immigrant.
News
3 years ago

They saved the country from wasting resources that would have been used searching for a non- existent person.

The man was nabbed on Thursday, on the fourth day after the gruesome discovery.

That is impressive speed, especially taking into account that the cops were not searching for him when the bodies were found.

We have written a couple of stories in the past about police being accused of botching cases and of being complicit in crime, as was the case in the recent Westbury protests, where cops were accused of colluding with criminals.

So we believe we should equally congratulate them when they do a sterling job.

Seeing them excel revives hope and trust in the men and women in blue, even for those communities who feel police are failing them.

We hope the two murder accused, if found guilty, will be sent to prison for life.