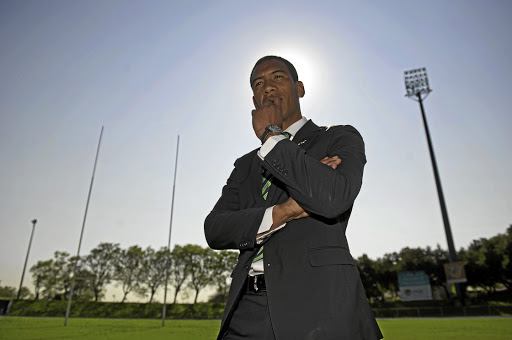 In May 2015, author Thando Mgqolozana shook the literary world when, during the prestigious Franschhoek Literary Festival, he declared it was "too white" and it was the last time he was participating in it.

He was by turns lambasted and lionised for the stance - with some white observers suggesting he was ungrateful by insulting people who had paid money to attend the panel discussion he was addressing at the time.

Black writers and sympathetic lovers of books sighed in relief as this young writer had so bravely articulated what had been bugging them for a while.

Already in its sixth year at the time, the Franschhoek festival was still more than 90% white in terms of attendance so much so that the insider joke was that the literary jamboree was a "spot-the-darkie" contest.

Others, both black and white, were cynical of Mgqolozana's stance, arguing it was an attention-seeking gimmick that would not lead him anywhere as he might be marginalised by the book world, which is very cliquey.

But Mgqolozana was unfazed. To show his commitment to transformation in the literary world he, together with a number of friends, founded Abantu Book Festival. Now in its third year, the festival is held in Soweto - unlike the exclusive town of Franschhoek, which is not easily accessible to average-income South Africans, both in terms of transport and accommodation.

Contrary to the popular insult that black people do not read, as a writer I have been highly impressed by the number of people who not only turn out at Abantu, but buy lots of books.

The saga of SuperSport rugby pundit Ashwin Willemse’s walkout of a live broadcast last weekend took a new twist when he and co-presenters Nick ...
News
4 years ago

I find myself reflecting on Mgqolozana's intervention for the simple reason that I was back in Franschhoek this past weekend.

While I was playing my role as one of the darkies being spotted there, something dramatic was happening in the rugby world. On Saturday, former Springboks player and now commentator Ashwin Willemse walked off a live show at SuperSport.

As reasons for the kerfuffle, he cited the patronising language being used against him by his colleagues Naas Botha and Nick Mallett.

Like Mgqolozana, he has been slammed by some for his supposedly unprofessional behaviour, the argument here being that he could have raised his issues off-screen.

The problem with this is that we don't know if he hadn't raised the issue with his colleagues before, and what their reaction might have been. I believe that robust debate needs to happen in the open, just as our parliamentarians have shown us over the past few years.

If literature is - as I believe it should be - the seat of ideas, it should be the engine for societal transformation.

If the literary sector is stagnant, lagging behind our constitutional dreams and ideals, then something must be done to challenge that.

Ashwin Willemse‚ the main character in a crisis at SuperSport after he staged a walkout on air over dissatisfaction with his co-presenters‚ said the ...
Sport
4 years ago

By the same token, because rugby is part of SA culture it cannot be allowed to be the preserve of one sector of society. Black people who play or follow rugby still get treated like tokens, or quotas, with the powers-that-be going the extra mile to form a laager around the sport.

Like Mgqolozana in 2015, Willemse is simply saying: if we want to inject a true South Africanness to our rugby world - as we should if we are truthful to our constitution which enjoins us to a shared nationhood - then we must pull out all stops to make the sport inclusive.

Sadly, change does not happen automatically. Change needs to be dragged by the ears; it needs to be kicked in the butt. One hopes that Willemse and others like him keep their eyes on the ball, and continue with the fight for change.