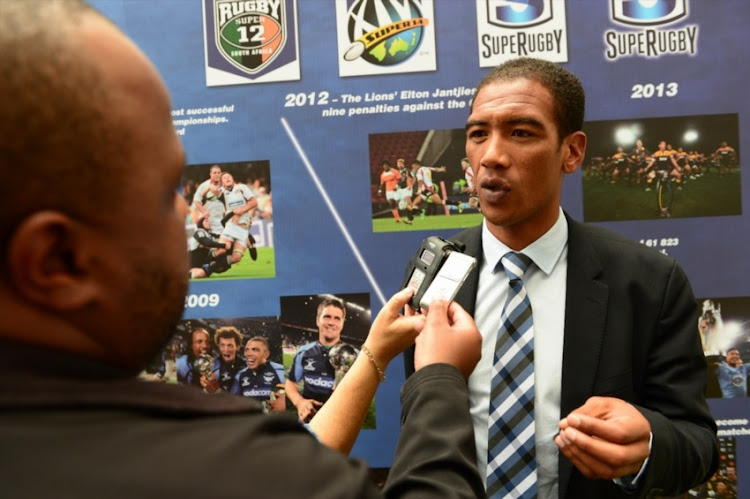 Former Springbok wing Ashwin Willemse’s storming off a live SuperSport set on Saturday has elicited a deluge of comments on Twitter.

Willemse stormed out of the the SuperSport studios after a disagreement with Nick Mallet and Naas Botha on Saturday.

This happened after the Lions had beaten the Brumbies 42-24 in a Super Rugby match at Ellis Park.

It is not clear what led to Willemse's unhappiness‚ but it was reported that the former Springbok and Lions winger had spoken of being labelled a "quota player" and refused to be patronised by individuals who played in the apartheid/segregated era.

Botha is a former Springbok flyhalf who represented the national team 28 times between 1980 and 1992.

Journalist and broadcaster Bongani Bingwa was among those who weighed in about the incident.

Below is Bingwa’s reaction‚ along with several others.

Poor Ashwin. It's going to be said he overreacted. But the truth is there isn't always explicit evidence when you feel undermined, it’s a feeling, a vibe that you get. And then there’s the matter of proving it. YOU have to justify your reaction to it. #AshwinWillemse

What Ashwin Willemse addressed is something many people of colour experience. It’s a subtle undermining and condescending approach that is difficult to prove, but you know it when you experience it. Then you’re accused of ‘having a chip on your shoulder.’ pic.twitter.com/bMS3KcVeZG

This is both fantastic and tragic because Mallet and Naas needed to be called out, but @Ashwinwillemse is precisely the kind of person we need in that studio - a black rugby man who can speak his mind because he isn't dependent on a Supersport salary. #ASHWINWILLEMSE pic.twitter.com/YhWFIlRZNW

We can speculate, we can (but have no right to) judge, we can have our own opinion, but in the end #Ashwinwillemse must have been provoked to such an extent that he needed to express his outrage on live on #Supersport... Hang in there Ashwin pic.twitter.com/Cfh3LSygHq

We stand with #AshwinWillemse for speaking for us all. White baas days are over. Run away to Australia with your patronizing attitudes. We live with it every day but, NO MORE!

In the seconds preceding your walk- off a look crossed your face that reminded me of my late brother when the pain of condescension became unbearable. Thank you for creating this moment for us to take an honest look at ourselves. #AshwinWillemse

When a person of colour speaks out like Ashwin Willemse just did about how our history has shaped their lives the only legitimate response from white SA, as far as this puppet is concerned, is to listen and reflect deeply before responding.

Naas and Nick had the rugby table set for them at the exclusion of many Black players , @Ashwinwillemse is the rose that grew from concrete, he is the embodiment of every player that never got a chance to play despite being talented enough 2 play at highest level.