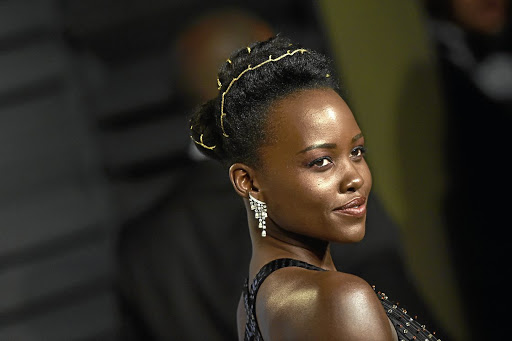 Chimamanda Ngozi Adichie's novel Americanah is being adapted for the small screen. /Axelle/Bauer-Griffin/FilmMagic

When I first read Chimamanda Ngozi Adichie's best-selling novel Americanah upon its release in 2014, I thought it would make a good movie.

Imagine my joy and sense of artistic vindication when actress Lupita Nyong'o, of Black Panther and Twelve Years a Slave fame, confirmed recently she was adapting the novel for the screen.

Having bought the film rights, she originally wanted to make a movie out of it but has since changed her mind. She is now going to make a television mini-series. I think a series would do justice to this thumping tale that spans three countries - Nigeria, Britain and the US - and unfolds over a period of 20 years.

Americanah is probably the most commercially successful novel out of Africa in recent years, having sold over a million copies and catapulted Adichie into a super celebrity who jostles for cover space on fashion magazines with world celebrities such as Beyoncé and Kim Kardashian.

Incidentally, it was Queen Bey who was instrumental in the success of Americanah. When she sampled a few lines from Adichie's essay We Should All Be Feminists for her song Flawless, the American public and so-called "woke" people of the world suddenly took an interest in this hitherto mildly successful Nigerian author.

It helped that when Flawless was released, Americanah was still relatively new on bookstore shelves. Suddenly booksellers in the US saw copies of the book being snapped up.

Adichie appeared on TV and got paid loads of money to speak at university campuses.

To summarise the book, as teenagers in a Lagos school, Ifemelu and Obinze fall in love. After matriculating, Ifemelu departs for the US to further her studies. Upon arriving, she discovers what it means to be a black person in a country with a deep-seated culture of racism.

Ifemelu gains success for her blog about race.

In spite of the financial success, she still feels unfulfilled. She misses Obinze, who has been kicked out of London and is now back in Nigeria. I shall pause there, lest I spoil the story.

I am hoping that Nyong'o's adaptation will live up to this beautiful, gentle tale that celebrates African humanity, intellectualism and, of course, romance.

Nyong'o has confirmed that she will produce the series, and also play the character of Ifemelu. The busy Nyong'o - a Kenyan born in Mexico - is also working with Trevor Noah in adapting his autobiography Born a Crime into a movie.

There's a surging interest in stories that affirm the African.

In 2014, first-time Cameroonian novelist Imbolo Mbue was paid a cool $1-million (about R12-million) for her first novel Behold the Dreamers, which has also been optioned for a movie.

It is remarkable that the artists turning the tide to tell African stories tend to be women. See the world through the eyes of a woman. It's gentler, friendlier.