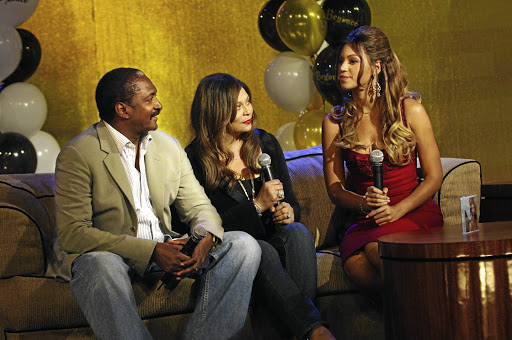 Mathew Knowles admits that even though his daughter Beyonc�, right, is hugely talented, she has benefitted from being light-skinned. With them is his ex-wife Tina Knowles. /John Ricard/FilmMagic

Beyonce's father Mathew Knowles has to be applauded for his frankness in telling the media that though her daughter is hugely talented, her success has been helped by the fact that she is light-complexioned.

Racism has been part and parcel of the United States, but racism's more obnoxious cousin, colourism, has hardly been spoken about.

Black people in the US grapple with colourism every day. But they have always avoided talking about it in public.

Darker-skinned black Americans get called nasty names: Sambo, Kunta Kinte, etc. Their lighter-skinned cousins, on the other hand, get complimented on their "good hair" and "fine skin".

Beyonce's father and former manager decided to use his celebrity in an attempt to highlight the issue.

He recently gave an interview with Ebony magazine to discuss his book Racism: From the Eyes of a Child in which he admitted that when he was a young man, deeply ingrained colourism led him to only date white or light-skinned black women who appeared white.

"When I was growing up, my mother used to say, 'Don't ever bring no nappy-head Black girl to my house'," Knowles told Ebony.

Businesswoman Sorisha Naidoo says she received criticism from the Indian community because of her dark skin after winning Miss India South Africa in ...
Entertainment
3 years ago

"In the Deep South in the '50s, '60s and '70s, the shade of your blackness was considered important. So I, unfortunately, grew up hearing that message."

With that in mind, Knowles said he "used to date mainly white women or very high-complexion black women that looked white".

When he met Beyonce's mother, Tina Knowles-Lawson, she appeared white to him, which is why he began dating and eventually married her.

In the interview he further says: "When it comes to black females, who are the people who get their music played on pop radio? Mariah Carey, Rihanna, the female rapper Nicki Minaj, my kids [Beyonce and Solange], and what do they all have in common?"

Of course we all know what the answer is: they are all light-skinned.

The more successful black people in the US always tend to be light-skinned.

In the raging debate that has followed Knowles' comments, many black Americans have offered the opinion that Barack Obama himself wouldn't have become the first black president were it not for his light complexion.

But why is this important now? It shows how deeply rooted racism is.

Mainstream society - read, the dominant white class - has ascribed beauty, success, honesty to the colour white. The colour black, in dictionaries and phrasebooks, gets associated with nastiness: being blacklisted; being the black sheep in the family; as black as the soul of hell, etc.

As a result of this narrative you will find emotionally weak black people using skin lighteners as a psychological response to the onslaught which puts down blackness.

By appearing lighter-skinned, with straight hair, these emotionally weak blacks are seeking approval by the dominant class.

Of course they will deny that; but that's what it is: emotional vulnerability stemming from mental slavery.

Colourism is not exclusively American. In black South Africa, we make cruel jokes about darker-skinned relatives and friends.

But in the coloured community, colourism is a more serious proposition. Parents discourage their children from marrying darker-skinned partners.

It's commendable that uBaba kaBeyonce has ignited this debate. We have to name the devil so we know how to tackle him.

Model Refilwe Modiselle has lifted the lid on the kind of hate she gets from social media users on a daily basis.
Entertainment
3 years ago
Next Article