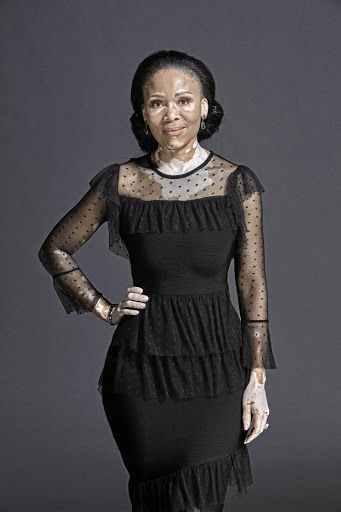 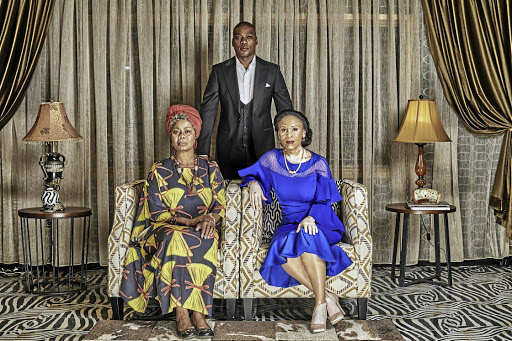 Leleti Khumalo is South Africa's most enduring national treasure. It has been more than 30 years since the superstar was introduced to the nation as an actress.

As she approaches 50 she remains relevant, mainly because she is blessed with the rare gift of reinventing herself in her art.

The KwaMashu, Durban-born star lost herself completely in the image of a fearless and dungaree-clad schoolgirl in the 1992 big screen adaptation of Mbongeni Ngema's Sarafina!

In 2005, she put on a power suit and the whole nation fell in love with her all over again as businesswoman Busi Dlomo, the object of Jack Mabaso's (Vusi Kunene's) affection in SABC 1 soapie Generations.

Ten years later, after an acting sabbatical, she morphed into matriarch and honourable pastor's wife Zandile "MaNzuza" Mdletshe in Uzalo.

After three years of starring in the country's most -watched TV show, next month
Khumalo will be tasked with convincing the nation that she is MaZulu in e.tv's new daily drama Imbewu: The Seed.

When viewers are first introduced to MaZulu she harbours a deep secret that has haunted her for years and could destroy her family. Her children were not fathered by her infertile husband, but rather his brother - plot set.

Khumalo admits that she is nervous about how audiences will receive her new role.

"I want people to see me in a different way, which is difficult for me and challenging because now I just added Uzalo to the list and I'm trying to get away from that character as much as I can, even though it's still fresh in people's minds," she eagerly expresses.

"I want people to say, 'wow! I can't wait for tomorrow'. I don't want them to see MaNzuza. That's the one thing that's keeping me awake at night.

"This role is different from the roles I've played I play a very rich woman who likes to dress up, but at the same time takes care of the family."

The show reunites Khumalo with her former Uzalo co-star Mpumelelo Bhulose. Veteran actress Thembi Mtshali-Jones also has a leading role. Filmed and based in KwaZulu-Natal, the rest of the cast comprises fresh-faced talent from the province.

It is co-produced by Khumalo in partnership with Muvhango creator Duma Ndlovu and revered show-runner Anant Singh. Khumalo reveals that she will make her directorial debut later in the season.

"We have been working on the show since mid-2017. I've wanted to venture into producing and directing for a long time," she shares.

"When this opportunity came along, I thought, 'perfect'. It came at the right time. Even though I was still at Uzalo, I had to weigh these two options. So I went with Imbewu, because I was going to be producing it too. I didn't leave Uzalo because I was tired or whatever.

"I'm working with Duma and Anant - I've worked with these two ever since I was a kid. It's a blessing for me to have those two besides me because they have been in the industry forever."

Khumalo has been living with a pigment condition that causes white patches to form on the skin called vitiligo. She emphasises to Time Out the importance of learning to embrace the pigmentation disorder and realising your own beauty.

"It's not easy when you wake up in the morning and you see yourself changing everyday, but you must try to talk to yourself and say 'Ok, this is what's going on with me now' and try to accept it everyday," she advices.

"It's not easy, but you must try to accept everyday. Fortunately, it's not painful. It is just a change of skin and people are going to look at you differently, of course. But you are still the same person.

"Accept it before others accept it. If people see that you have accepted it, they are going to go through the same thing."

At home, Khumalo is juggling motherhood with her demanding career. Her twins with husband and businessman Skhuthazo Winston Khanyile turn five in May.

"Motherhood is going so well. I'm still enjoying it and loving each and every second," she says. It's not easy, especially with this new baby I'm trying to launch at the same time. But when you are a woman, you have to do what a woman has to do."