Lt-Gen Koliswa Otola has been appointed 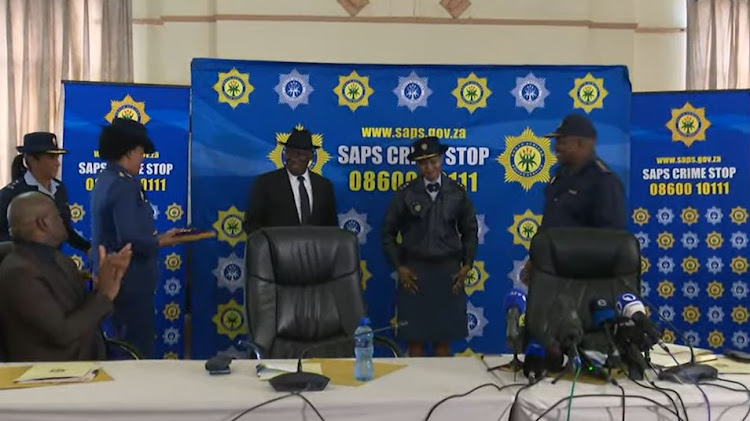 “She’s here now. What’s the problem?” This was police minister Bheki Cele’s laughing response to a media query about the long overdue appointment of a Northern Cape provincial commissioner.

After nearly three years it was announced that Lt-Gen Koliswa Constance Otola landed the top job.

Cele said Otola's appointment had taken so long because according to the constitution the national commissioner and premier needed to agree on the appointment. “If they don’t concur [the matter] needs to come to me. We had a really bad time trying to resolve the matter,” he said.

Masemola said Otola was selected from a pool of “very strong” candidates. “These appointments are the end result of a thought-intensive process to find the most suitable candidates from the existing vast pool of equally apt peers.”

The Eastern Cape basic education department has condemned a viral video showing pupils of a Gqeberha school drinking on the premises last week.
News
2 weeks ago

Otola started her tenure in the police service in January 1989. She was promoted to sergeant within three years and in 1996 to warrant officer.

In 2000 she became a captain, progressed to senior superintendent and then colonel as area head: detective service. She was promoted to brigadier in 2013 when she arrived in the Northern Cape.

Otola holds a national diploma and a BTech in policing.

“She has plied her trade in different environments within the service at different police stations and then provincial level. Otola served in the rank of major-general following her promotion in 2016,” Masemola said.

He said the ratio of female to male provincial commissioners is now five women to four men as the service “continues to implement the service’s women empowerment agenda”.

Other appointments include the first female deputy national commissioner responsible for policing, Lt-Gen Tebello Mosikili, who assumed office a month ago.

Mosikili is responsible for overseeing all visible policing and operations environments, as well as protection and security services.

“By virtue of this new role, she is also the new chairperson of the National Joint Operational and Intelligence Structure alongside the co-chairpersons from the State Security Agency and the SA Defence Force. For now, she is also overseeing the crime detection environment following the recent retirement of deputy national commissioner, Lt-Gen Liziwe Ntshinga.”

For more than three decades Mosikili has held a number of senior roles within the police service. According to Masemola, before her appointment, Mosikili had been serving as the deputy national head of the Directorate for Priority Crime Investigation since August 2020.

“Mosikili possesses extensive experience within the crime detection and operational policing environments, having also held the position of divisional commissioner: detective service and component head responsible for the family violence, child protection and sexual offences unit during her illustrious career.

“She holds a BTech degree in policing and is in pursuit of an LLB degree.”

Support independent journalism by subscribing to the Sunday Times. Just R20 for the first month