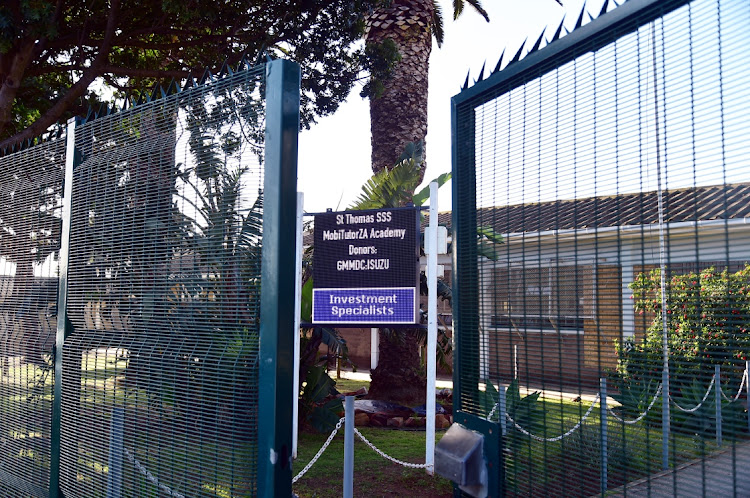 The Eastern Cape basic education department has condemned a viral video showing pupils of a Gqeberha school drinking on the premises last week.

The brazen behaviour of the girls from St Thomas Senior Secondary School in Gelvandale surfaced on a Facebook video on Thursday.

They are sitting on the floor in their school uniforms, with a bottle of alcohol at their feet.

One of the pupils is also seen smoking what appears to be dagga.

Department spokesperson Malibongwe Mtima drew parallels between the incident at the school and the Enyobeni tavern tragedy in East London, where 21 youngsters died on June 26.

“We are shocked about this incident, especially after the deaths of learners in East London,” Mtima said.

Disgruntled parents and school governing body members gathered outside JG Zuma High in Ntuzuma, north of Durban, on Tuesday to demand the removal of ...
News
1 month ago

“Schools reflect what is happening in society but are not selling illegal substances.

“The learners have various ways of getting hold of it.”

Though it was unclear how the footage, which was taken by one of the girls, was shared, the school suspects the clip was sent to an inmate at a Gqeberha prison, who may have shared it.

“We will have a disciplinary hearing with parents, the SGB, and educators serving on the disciplinary committee,” she said.

“The evidence is clear as they are all in the video.

“Learners can’t bring a bottle of alcohol to the school and think they can get away with it.”

DA MPL Yusuf Cassim and ward committee member Clive Burke visited the school on Friday to determine how the incident could have happened under the school’s watch.

After the visit, Cassim said the party was preparing to table a motion for debate in the provincial legislature.

“In the legislature, I’m going look into the availability of drug-testing resources for schools,” he said.

“In the previous sitting, I tabled a motion on putting together an Expanded Public Works Programme (EPWP) [initiative] for school safety ambassadors to assist in monitoring at our schools.

“Additionally [the DA] is calling for rehabilitation and treatment centres specialising in assisting learners.

“You can’t deal with this issue without a treatment component.”

Mtima agreed that a lack of testing resources was a setback for schools plagued by substance abuse in the northern areas.

When asked how his department was addressing the issue, Mtima said it would seek assistance from the national basic education department for the necessary equipment.

“Educators are not police and can only do so much.

“Increased scanners or metal detectors and empowerment sessions from all stakeholders are also needed.

“There is not enough safety at our schools.

“We need parents to take responsibility for the behaviour of their children.

Mtima said it could take a while to establish pupil-centred rehabilitation and treatment centres to counter the effects of drug and alcohol abuse.

“We welcome [the suggestion of setting up] substance abuse rehab centres,” he said.