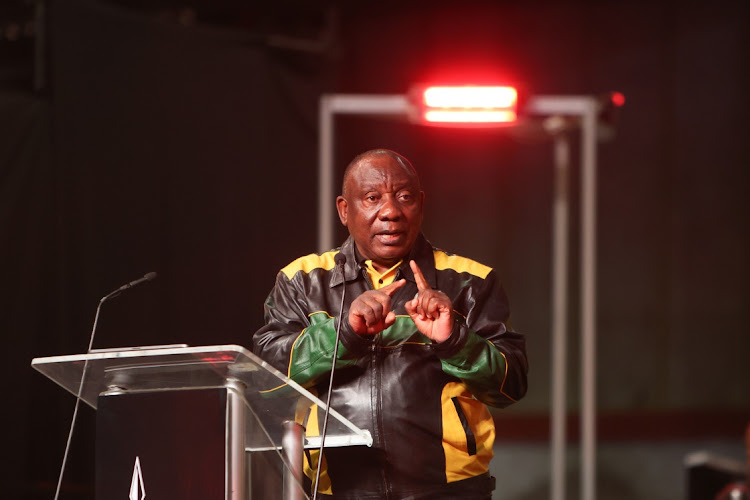 President Cyril Ramaphosa has ordered police minister Bheki Cele to ensure that the men who gang-raped eight models while they were filming a music video in Krugersdorp's West Village are apprehended.

“We have directed the minister of police and law enforcement agencies to immediately embark on this to makes sure that the perpetrators of this crime are apprehended and dealt with,”  Ramaphosa told about 2,000 delegates attending the ANC's sixth national policy conference in Nasrec on Friday.

Brig Brenda Muridili told SowetanLIVE's sister publication TimesLIVE police in Gauteng are investigating a case of rape and armed robbery after the women were allegedly raped and robbed.

“The police in Gauteng can confirm that on July 28, a production company was shooting a music video at Krugersdorp, West Village, when they were attacked by a group of armed men.

“Eight of the victims were allegedly raped by the suspects before being robbed of their belongings.”

A grandmother will stand trial for failing to report the rape of a minor. Her 12-year-old grandchild was raped by an uncle.
News
1 month ago

Ramaphosa said Cele had already been to the crime scene.

“We are following up on this horrible incident that happened ... Communities across the country live in fear, worried about gangsterism, armed robberies, rape and murder.

'Women and children are particularly vulnerable to the violence perpetrated against them by men,” said Ramaphosa.

He said crime also had a negative impact on the economy.

“The economy is being held back by damage to infrastructure, extortion at construction sites, corruption and the high cost of securing businesses and insuring assets.

“These problems have been made worse by deepening poverty and inequality and by the impact of state capture on law enforcement agencies and security services.”

Since the 54th national conference, Ramaphosa said much has been done to prioritise building capacity within the law enforcement system.

“We have done much to restore the capabilities and credibility of the National Prosecuting Authority, the SA Police Service, the Hawks and the State Security Agency.”

“The SAPS has established multidisciplinary units to address crimes of economic sabotage and extortion at construction sites by so-called business forums.”

Capacitating the police would assist in combating crimes of violence against women and children.

“As the ANC government, we have passed three new acts to strengthen the fight against GBV and afford greater protection for survivors.

“The development of the national strategic plan on gender-based violence and femicide was therefore a milestone, bringing together all sections of society to undertake this task,” Ramaphosa said.

He added that community-based organisations have an important role to play, including in the development and implementation of programmes around GBV, substance abuse, teenage pregnancy, mental health, LGBTQI+ advocacy and other issues.

“They were busy filming a music video at an unused mine shaft in the West Village.

“The community has been living in fear in this area and we want to encourage that minister Cele, who has been there, is busy with that, working with the premier of Gauteng (David Makhura).

“It needs urgent attention and results as quickly as we can,” said Mantashe.