My daughter is lying in a forensic lab, says dad of Atteridgeville girl killed by pit bull 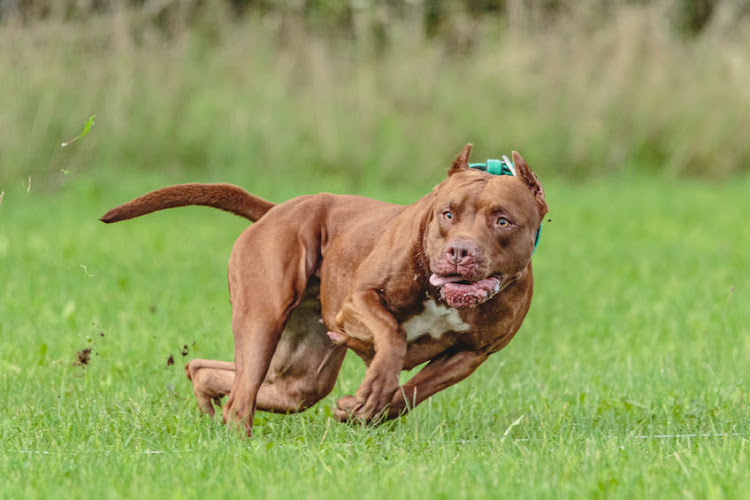 A six-year-old girl was mauled to death by a neighbour’s pit bull inside the house where they were playing at Marabastad informal settlement in Atteridgeville.
Image: 123RF/alekta

Parents and neighbours of a six-year-old girl who was mauled to death by a neighbour’s pit bull are still traumatised.

The incident happened at the Marabastad informal settlement in Atteridgeville on Monday.

According to reports from neighbours, Charmaine Munepya was playing a few metres from her home in a neighbour’s yard with her friends when the pit bull gained access through the fence.

The dog allegedly charged towards the four children who scattered as they tried to flee.

Munepya was unlucky and did not make it out of the yard alive.

The owner of the house was not around when the incident unfolded.

“They were playing. One ran to her home and three were left behind. The three children ran inside the bedroom and the dog went after them. I think she was behind the others and it grabbed her and dragged her from the bedroom to the kitchen. She crawled and [tried to] hide behind the door,” said the distraught house owner who did not want to named.

She pointed at the spot behind the kitchen door where the little girl suffered a painful, bloody death.

“This is where she died,” the traumatised neighbour said.

The woman said since the incident, her five-year-old daughter who was with Charmaine has been saying: “I was playing with [Charmaine] and she was bitten by a dog and died.

“That’s all she says now, My child is still traumatised,” she said. The child was battling to sleep and was visibly scared.

According to neighbours, the dog owner is a grade 12 pupil who lives with her sister. 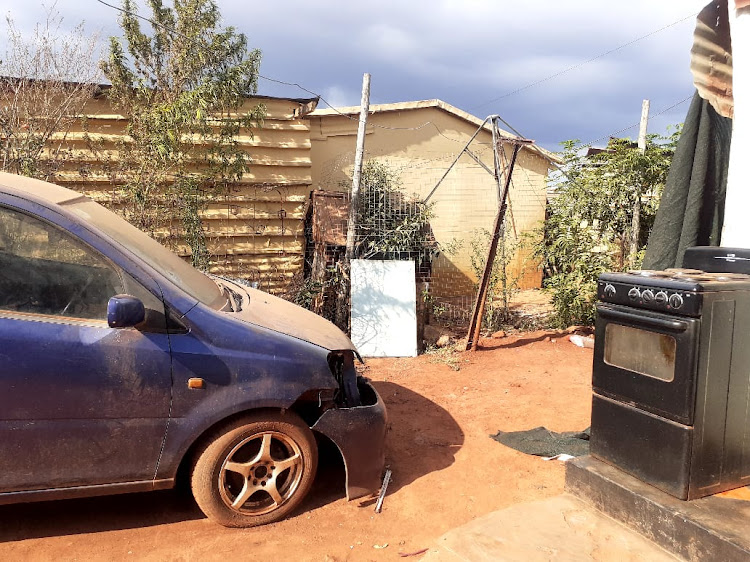 Charmaine Munepya was playing with her three friends at a neighbour’s home close to hers when the pitbull gained access through the fence and attacked.
Image: Supplied

Charmaine's father, Cedrick Mahodi, said he received a call at work and was told his daughter had been bitten by a dog.

“When I got here I took my child and went to Pretoria west hospital and she was no more, she had already died,” he said.

Mahodi said he was broken.

“I cannot do anything and I don’t want anything,” he said, explaining how he was consumed by grief. “If I knew, I would have left with her because I came back with her from school and dropped her off at her uncle's place. Her sister fetched her when she came back and they went home. She got home and changed her school clothes and placed them inside her school bag and left to go play,” Mahodi said, adding that this was her regular routine.

“Since she went to play, I am waiting for her to come back. She came back in a car [from school] and went to the hospital. Now she is at the forensic lab,” he said.

Charmaine's mother was not coping.

“She is messed up,” Mahodi said.

Meanwhile, the owner of the dog had not made direct contact with him. Instead, a delegation from his family had come through.

“When they got here they said they were sent [to us to ask if they could] assist. They didn’t ask to bury my child, they asked to help. I don’t have money. My child was still a baby. She wasn’t that old to a point where I had put together money for her burial. I wasn't planning to bury her now because she was young ...  I do not welcome that help. They must keep their help. They were supposed to bury my child,” Mahodi said.

Neighbours said they live in fear as the dog has bitten several people.

Isaac Mokwana, the landlord where the child lived, said he was also a victim.

He said when he raised the attack with the mother of the dog owner, she said the owner was underage and would be released immediately if a case was opened.

“She was attacked in front of another child. Our children are traumatised. It [the  dog] wanted meat and blood,” he said.

Tlou Kubo who also lives in the same yard said she too lived in fear.

“I get scared because I am alone with my children, so I  lock the gate,” she said.

A neighbour who did not want to be named said there were many  pit bulls in the area.

“Our children used to play in the park and the [pit bull owners] walk past with them, intimidating other dogs. They are so many here.

"” What if they attack us.? These dogs are supposed to bite thugs at their own homes, not go to other people's houses,” said the neighbour.

A neighbour aged 55 said her son was bitten by the dog early this year.

“It bit my son in February. He was at the [dog owner's] house. It approached him and it touched him and he told it to go away but it continued and he stood up to leave and it grabbed him. We are not safe. Look at the fence — it’s not suitable for a dog,” said the neighbour.

She said the dog used to run around the street unattended and enter people’s yards.

TimesLIVE could not immediately reach  the family that owned the dog. The story will be updated once their comment is received.