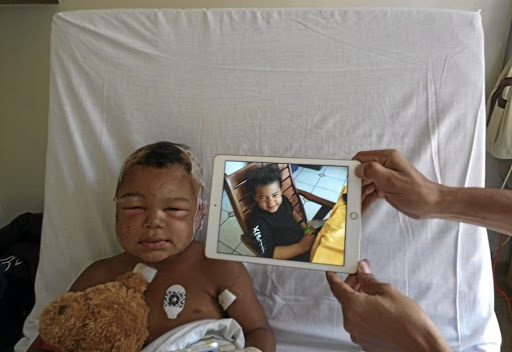 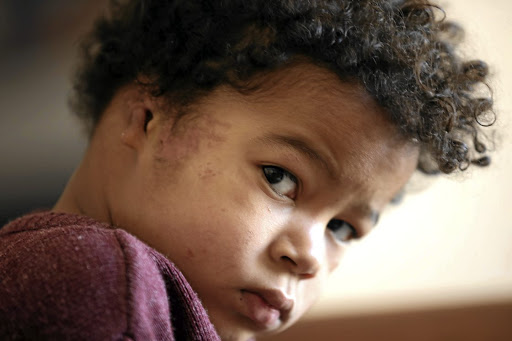 The family of a five-year-old boy whose ears were bitten off by a vicious pit-bull terrier is enraged by a proposed plea from the dog owner to escape jail time for the attack.

Elmor Kapp, 68, who is accused of unleashing his pit-bull on Eli Stomvig in Newcastle, KwaZulu-Natal, in December has approached the National Prosecuting Authority (NPA) with a plea deal to pay an admission-of-guilt fine of R6,000 for the gruesome mauling by his dog.

Kapp is alleged to have deliberately set the dog on a group of children including Eli who were having a family picnic near his home.

He allegedly accused the children of wasting water while playing in the park before his vicious dog attacked them.

Nearly eight months since the incident and court postponements, the NPA has now approached the boy's family with Kapp's plea bargain deal.

In the request he proposed that he pay R6,000 admission of guilt fine, R2,000 of which should be suspended for three years.

In January, police charged Kapp for keeping a ferocious dog and contravening the municipal by-laws. He however wants to plead to a lesser charge of contravening the Animal Matters Amendment Act.

The boy's mother, Tessa Stomvig, told Sowetan that the deal would be a miscarriage of justice because of the injuries her son sustained during the attack.

The dog bit her son on the neck, 2mm from the carotid artery - a major blood vessel.

Both his ears were bitten off during the attack and part of his scalp was ripped off his head, leaving a deep gash.

One of his ears had to be reattached during a five-hour operation which left him with over 500 stitches.

The mother said her son still has nightmares about the incident and has been receiving counselling for the trauma.

The gruesome attack happened after Kapp allegedly approached Eli's family to express his displeasure with children playing with water balloons. Stomvig said her son was visiting his grandparents in Newcastle when the incident occurred.

She said she was told by her family members that Kapp approached the children and told them to stop wasting water because he was a ratepayer and did not appreciate what they were doing.

She said according to her sister, Kapp left the scene of the incident and returned moments later with a dog.

"The dog attacked the kids, and got a hold of Eli before mauling him," Stomvig said.

However, in his proposed plea submitted to the NPA last week, Kapp denied setting his dog loose on the kids.

He said he took the pit-bull terrier for a walk in the park and that it was wearing a collar and was on a leash.

He said he chased after the dog but could not catch her.

"As I approached the park I heard children screaming and shouting. On my arrival I realised that Layla had bitten one of the children.

Kapp claimed he had offered to assist the family after the incident but the family flatly denied this.

His lawyer Charmaine Walker refused to comment on the matter, saying it was yet to be finalised.

Eli's father Eric Stomvig said: "The attack was gruesome. That dog maimed my son and he makes it seem as if it was a small scratch.

"We don't agree with this plea and we told the prosecutor about it but he said the matter will result in a plea even if a trial is set."

He said the family wants the case to go on trial so justice can be served.

NPA KwaZulu-Natal spokesperson Natasha Kara said plea negotiations were still under way and that the matter was not finalised.

"The prosecution is allowed to enter into a Section 105A plea agreement having considered the factors that must be taken into account... The complainant is also provided room to participate in the process.

"The matter has been postponed to provide the state an opportunity to consult with the victim's family on the proposed plea," Kara said.

A 17-month-old baby from eMalahleni lost her right ear after it was bitten off by the family's pet Jack Russell terrier, Beeld reported on Monday. ...
News
8 years ago

A dog lying in bed with a San Diego couple and their infant boy was startled by the mother and bit the child to death on Friday, police said. The ...
News
6 years ago

The terrified dog is dragged by its laughing tormentors by a nylon rope around the neck. “You are going to die‚ die‚” the children scream‚ kicking ...
News
6 years ago
Next Article