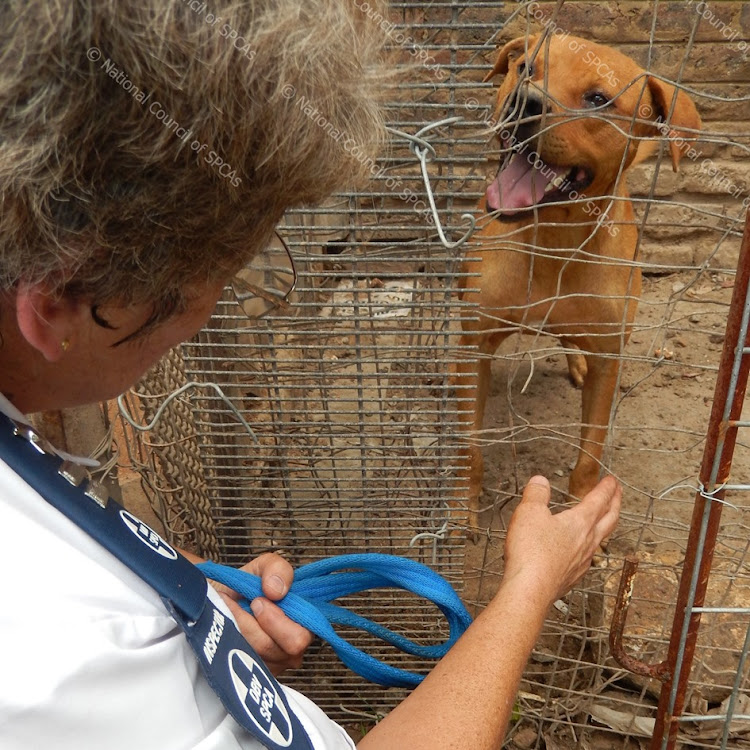 Some of the dogs were found locked in cages during the second inspection of the property in Soweto.
Image: Picture supplied by NSPCA

Barely a month after a Soweto property owner was convicted for ill-treating 32 dogs found in dire conditions, more animals were found caged and locked in rooms filled with faeces, rotting meat and old bones.

The National Council of SPCAs (NSPCA) said on Friday that Pieter Steyn, owner of a property in Protea Glen, had pleaded guilty in November 2019 and was sentenced to a fine of R40,000, plus eight months’ imprisonment suspended for five years, on condition that he did not contravene the Animals Protection Act again.

He was also denied ownership of any dogs for the next five years.

The conviction came nearly three years after inspectors discovered 32 dogs in dire conditions on the same property, in 2017.

Bloemfontein SPCA inspectors had to go for trauma counselling after witnessing horrific animal cruelty during a routine inspection of Thaba Nchu ...
News
2 years ago

What was meant to be an excursion to film alleged abuse endured by donkeys in Santorini, Greece, turned out to be a nightmare for a South African ...
News
3 years ago

“We undertook an inspection at Mr Steyn’s property in December 2019 and found conditions similar to those in the original case. A wide variety of breeds, including many pit bull terriers, were being kept in cages and hidden in locked rooms filled with dog faeces, rotting meat and old bones. The dogs were fed raw, rotting chicken carcasses and many of the animals were sick and injured,” the NSPCA said in a statement.

“A further gruesome discovery of a number of dogs owned by a registered animal welfare assistant, who claims to be an animal health technician and is employed by an animal welfare organisation in the area, were also found injured and living in parasitic conditions on [the] property.

“A Rottweiler was found confined in a tiny cage and her muscles had atrophied — this means she had been kept in these conditions for an extended period of time. A heavily pregnant and severely scarred pit bull was found with a broken jaw.”

Thirty-eight dogs were removed from the property and charges were being laid against Steyn and the animal welfare employee, the NSPCA said.