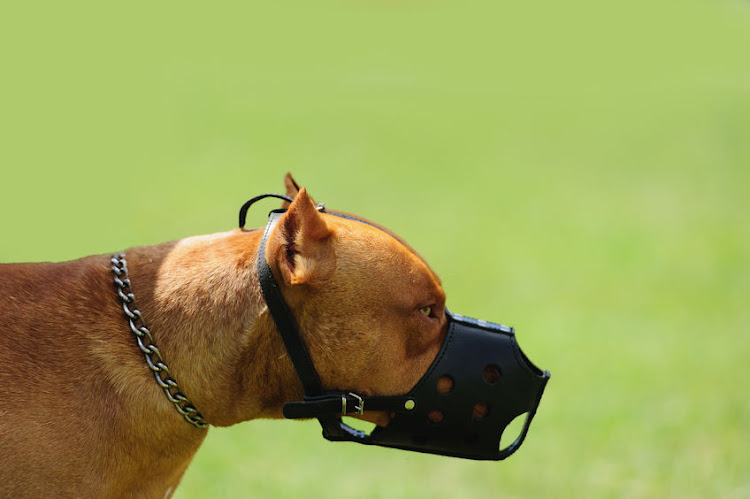 Elmor Kapp, unleashed the pit bull while the boy was in a group of 18 other children at a family picnic in a park in Newcastle, KwaZulu-Natal, on December 12 2019.
Image: artman1/ 123rf.com

The family of a five-year-old boy who was mauled by a vicious pit bull has been left disappointed after the man who unleashed the dog on the boy got away with a R10,000 fine for the attack.

Eli Stromvig was attacked by the dog after its owner, Elmor Kapp, unleashed the pit bull while the boy was in a group of 18 other children at a family picnic in a park in Newcastle, KwaZulu-Natal, on December 12 2019.

Eric Stromvig, the boy’s father, told Sowetan that they felt let down by the criminal justice system after Kapp was handed a R10,000 fine, R5,000 of which was suspended for five years for contravening the Animal Matters Amendment Act at the Newcastle magistrate’s court on Tuesday.

“It seemed like we were on the back foot from the beginning because this matter was not properly investigated – statements from witnesses which detailed what happened on the day were not taken into consideration,” Stromvig said.

He said they would be pursuing a civil case against Kapp for damages and the trauma that his son was subjected to.

“We are just waiting for the documents and docket so we can lodge a civil case against him,” Stromvig said.

The family of a five-year-old boy whose ears were bitten off by a vicious pit-bull terrier is enraged by a proposed plea from the dog owner to escape ...
News
2 years ago

The owner of three dogs that ripped off a man's arm in an unprovoked attack has failed in a Supreme Court of Appeal attempt to avoid paying up to ...
News
1 year ago

On his son’s condition since the attack, Stromvig said: “Eli is coping – he is fortunate because he is young and he will be able to recover from this. But he has a fear for dogs now which I don't think he will overcome.”

The dog bit his son on the neck, 2mm from the carotid artery, a major blood vessel.

Both his ears were bitten off during the attack and part of his scalp was ripped off, leaving a deep gash.

One of his ears had to be reattached during a five-hour operation, which left him with more than 500 stitches.

The gruesome attack happened after Kapp allegedly approached Eli's family to express his displeasure with children playing with water balloons at a public park. Stromvig said his son was visiting his grandparents in Newcastle when the incident occurred.