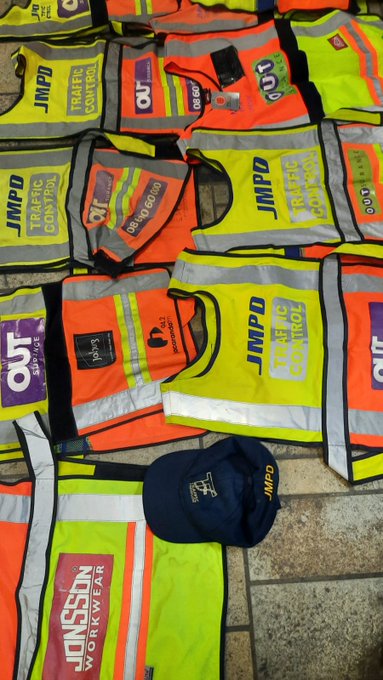 It was a two-for-one bust when Gauteng police investigated a man for possession of police uniforms as they discovered he had opened cases of fake robberies.

“Police pounced on the suspect at his property, where a reported stolen iPhone was recovered together with 14 reflector jackets of the Johannesburg metro police department (JMPD).

“It is alleged the suspect used the reflector jackets to pose as a police official and stopped people on roads with the intention of robbing them.

“Further investigations revealed the suspect, who is a driver at a courier company, is linked to 12 cases of robbery in which the same suspect is a victim after he was supposedly robbed at gunpoint of merchandise to be delivered.”

The cases were opened in Johannesburg and Ekurhuleni.

The suspect is expected to appear in court soon on charges of theft, perjury and possession of police uniforms.

Four people were arrested in Johannesburg at the weekend after they were found in possession of counterfeit money with an estimated value of R2m, ...
News
11 months ago

Durban man bust for impersonating a police officer and robbery

A Durban man was arrested on Sunday after he allegedly posed as a police officer to rob a victim of cash and his cellphone.
News
1 year ago