‘I didn’t plot my brother’s murder’

Before the killing, they were in a bitter dispute over the headmanship position Thandisizwe occupied in Khwanyana village 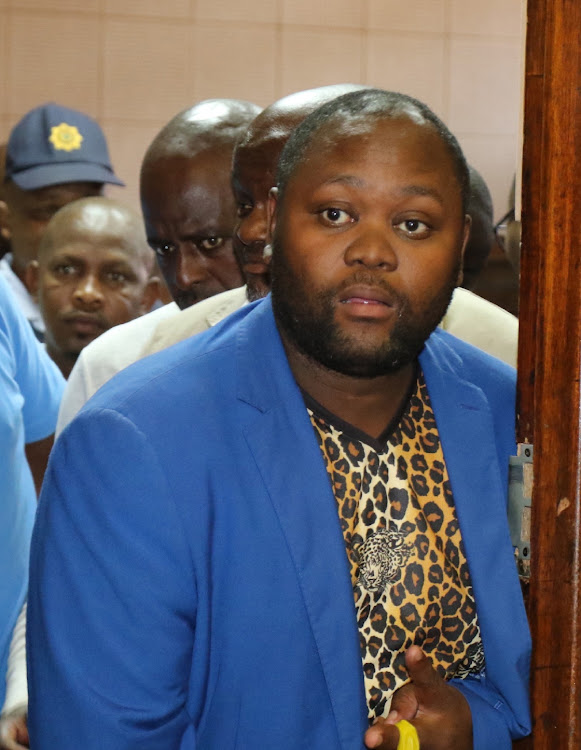 Nkosi Sinikiwe Ndamase is accused of plotting the murder of his brother Thandisizwe, who he was in a dispute with over the headmanship of Khwanyana village.
Image: Lulamile Feni

Before the killing, they were in a bitter dispute over the headmanship position Thandisizwe occupied in Khwanyana village. This divided the royal family and residents took sides.

Sinikiwe – who is the head of the Mhlanganisweni Traditional Council and rules from Khwanyana village near Port St Johns – and two KwaZulu-Natal men, Mphendulelo Faya Ngwazi, 51, of KwaDwashula location in Port St Shepstone, and Vincent Musa Cele, 61, of Umkhombe location in Port Shepstone, are on trial in the Mthatha high court.

Their lawyer, Adv Lulama Halam, told the court his clients had told him they had no knowledge of the allegations against them and therefore should be acquitted.

They were acquitted and some turned state witnesses and are to testify against the trio.

“Accused number one and the deceased are brothers. They had quarrelled as to who must be the [traditional leader] of the area,” she said.

“The deceased was shot and killed by the hitmen and died as a result of multiple gunshot wounds.

“The accused persons acted in concert of or furtherance of common purpose when committing the said offences,” the prosecutor told the judge.

By the time Ndamase was arrested he was an ECHTL member. Acting chair Nkosi Langa Mavuso confirmed to Sowetan's sister publication the Dispatch that Ndamase had since been removed.

The trial has been set for three weeks from January 18 to February 4 and the state has a list of 20 witnesses expected to testify.

The brother of late Zulu King Goodwill Zwelithini has claimed in court papers that the disputed heir to the throne, Prince Misuzulu Zulu, is being ...
News
8 months ago

Prince Mangosuthu Buthelezi believes the ANC is conspiring against him with some members of the Zulu royal house by claiming he uses his proximity to ...
News
9 months ago

The Mphephu-Ramabulana Royal Family Council has decided not to take the battle for Vha-Venda kingship in the family forward.
News
3 years ago
Next Article