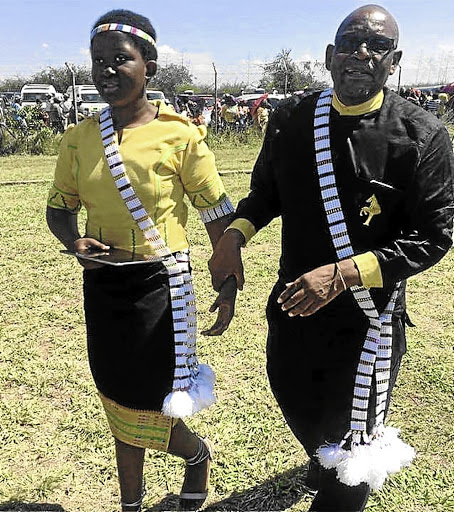 ANC MP Mathole Motshekga has been declared a persona non grata in Bolobedu by the royal council over the battle for the custody of a 16-year-old heir to the Rain Queen throne.

The Modjadji Royal Council under regent Mpapatla Modjadji summoned more than 100 chiefs and headmen to an imbizo on Sunday where it resolved to ban Motshekga from addressing gatherings and other activities in the area.

The council is embroiled in a bitter feud with Motshekga over the custody of Masalanabo Modjadji. The 16-year-old is expected to be crowned the new Rain Queen when she becomes of age.

The Balobedu royals accuse Motshekga of undermining their authority, and have since dismissed him as an adviser to the council.

The council has ordered Motshekga to return Masalanabo, who lives with his family in Gauteng, to the royal family. Motshekga has dared the council to go to court over the matter.

Royal council spokesperson Phethole Mampeule told Sowetan that an imbizo attended by 150 local chiefs and headmen resolved at the weekend not to allow Motshekga to attend any formal gathering in Bolobedu.

"We have also agreed on an action plan which include taking legal steps against Motshekga. All the traditional leaders under Modjadji have agreed not to interact with him anymore," Mampeule said.

ANC MP Mathole Motshekga is embroiled in a bitter fight with the Modjadji Royal Council over the custody of the Rain Queen.
News
2 years ago

Motshekga has vehemently denied allegations levelled against him, including that he was using Masalanabo for his own financial benefit.

He said a "patriarchal" faction within the Modjadji traditional authority wanted to end the female Modjadji dynasty and revive the kingship under regent Mpapatla.

"The queen's advisory committee and council which they failed to or neglected to constitute, as is required by law, has not made any allegations against me or dismiss me. I was appointed by Queen Mokope to lodge claims for restoration of the Modjadji Queenship..." he said.

He added the Motshekga family was owed more than R1m by the Limpopo provincial government and the Modjadji Traditional Authority for the eduction and well-being of Masalanabo.