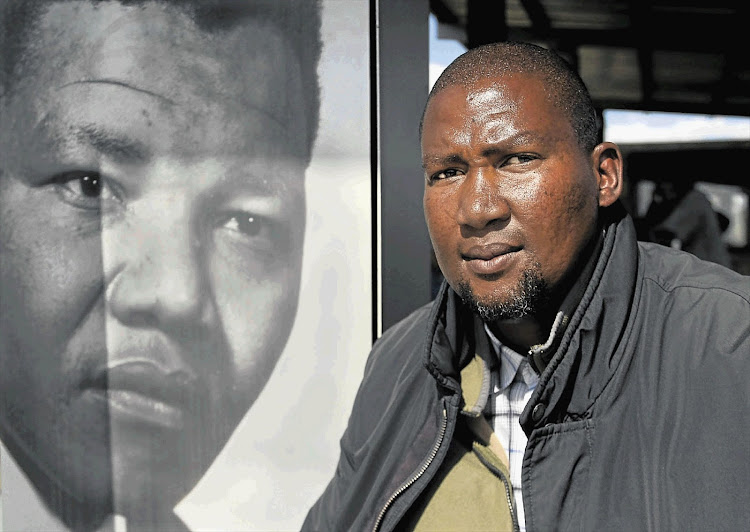 Mandla Mandela says taxpayers fund the Ingonyama Trust in KZN to the tune of R20m a year and that is not happening anywhere else in the country. File photo
Image: Simphiwe Nkwali

ANC MP Mandla Mandela has called for equal treatment of all kings and queens in South Africa.

The grandson of former president Nelson Mandela said it was not fair that the state spent millions to help the Ingonyama Trust of the Zulu kingdom but was not doing the same for other kingdoms.

“Let us ensure that all kings and queens of our land are treated equally as far as the transaction of taxpayer funds is concerned. And this is in reference to the Ingonyama Trust.

“We would like to ensure that if we are to spend taxpayers' monies, they go to assist all kings and queens throughout the country. In doing so, we shall indeed bring hope and a new dawn to our people,” he said.

Zulu king Goodwill Zwelithini is the sole trustee of all land that falls under the Ingonyama Trust.

The Mandela royal house has asked the DA to desist from using former president Nelson Mandela's name while electioneering.
News
3 years ago

Mandela later told SowetanLIVE that the issue was that there was a law that gave taxpayers' money to the Zulu kingdom to assist the Ingonyama Trust board, while the department of co-operative governance and traditional affairs recognises many other kings and queens throughout the country - but those monarchs do not get the same kind of support.

“We are saying, as a committee, that if we are to use taxpayers' money it shouldn't be biased only to one entity, but be inclusive of all traditional leaders who are recognised as kings and queens,” he said.

Mandela said equal treatment would mean the establishment of other trusts for other traditional leaders who are regarded as kings and queens.

“Look, the department is spending R20m per fiscal [year] on the Ingonyama Trust. It's not doing that anywhere else in the country,” he said.

He called for all traditional lands to be given equal treatment as they were all affected historically. “This could be a fitting tribute to those who were first in the line of defence in the fight against colonialism and dispossession," he said.

Meanwhile, agriculture, land reform and rural development minister Thoko Didiza bemoaned the failure to uphold the law of trusts that were established to hold the land asset on behalf of communities. She highlighted this as being among the challenges facing her department.

Didiza, who was tabling her department's budget vote speech, cited a recent incident of Mthwalume in the Mathuluni area in KwaZulu-Natal as indicative of the challenges that were being experienced in respect of communal property associations (CPAs).

A manager of a farm owned by the Mathulini CPA was attacked and thrown into a fire last week in a suspected attempt to hijack a 7,500ha land claim valued at more than R300m. It is understood that there is a dispute over the ownership of the land, which the courts have previously said belonged to the Mathulini CPA.

Mandla Mandela hits out at those 'found wanting' in celebrating Madiba

Former president Nelson Mandela’s grandson, Nkosi Zwelivelile (Mandla) Mandela has hit out at those who claim to celebrate Madiba’s legacy “but their ...
News
3 years ago

Didiza explained that the intention of the Communal Property Act was to create a holding facility for the recipients of land from government as beneficiaries, in particular in groups.

The act provides for the establishment of trusts to hold the land on behalf of communities.

“However, in a majority of instances, such structures, meaning the trusts, do not comply with the law. They hardly convene meetings where they report on what is happening about the land either, where such is leased to third parties. No reporting is given about the revenue which has accrued to the community whose land may be leased for purposes of generating income,” she said.

She revealed that her predecessor, Maite Nkoana-Mashabane, had instructed the department to build the capacity of the CPAs through basic training that covers the aspects of being a trustee. The department was examining the impact of this work and will strengthen it where required, she said.

SACP has broken ranks with its alliance partner the ANC on the contentious issue of land under the custodian of traditional leaders.
News
4 years ago

Didiza said they were also reviewing the processes followed in the identification of beneficiaries for acquisition and allocation of land to ensure that these systems were not easily susceptible to corruption.

On the commercialisation of black farmers, Didiza said this remained an important objective if the state was to transform the country’s agricultural sector. She added that better policy instruments would be developed in order to articulate what form of support the government would give in this respect.

Currently, working with Statistics SA, her department was developing a farmer register that will show the number of producers and the scale and the nature of their operations. This data is important in order to ensure targeted support by the government.