'She would never take her own life': 17-year quest for justice is a vindication of a mother's love 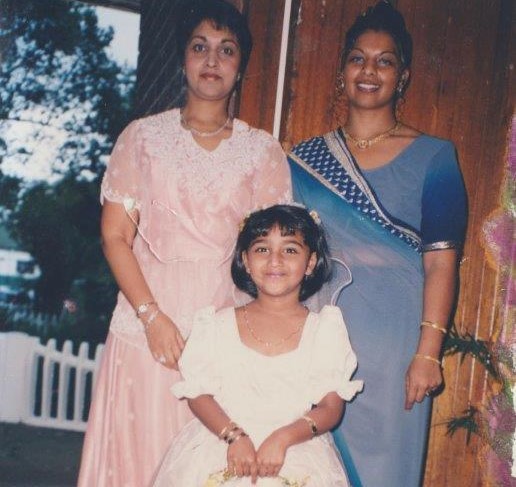 “She will never leave our minds and our hearts. You know, you know your kids, and she was a jolly and happy person and we knew she would never take her own life.”

These were the words of Yunus Asmall, the father of Rochelle Naidoo who two judges have now confirmed was murdered by her boyfriend, Faizel Hendricks, at their apartment in Cape Town in 2005. He will  serve 15 years in jail for the crime.

It’s been a  long 17-year quest for justice, filled with heartbreak and disappointment, which resulted in the family instituting the first successful private prosecution in SA, after which Hendricks was convicted and sentenced.

However, he appealed. Judge Deirdre Kusevitsky, with judge Chantel Fortuin concurring, have now ruled that the trial court was correct in convicting him and that it was homicide, and not suicide as Hendricks claimed.

“We have finally got there,” Asmall told SowetanLIVE sister publication TimesLIVE in a telephonic interview on Thursday afternoon.

The Asmall family own a family business with a branch in Cape Town. Their daughter was running it. She loved the city but also loved going home to Pietermaritzburg to visit her parents and siblings.

Asmall said just before her murder, he had booked her a ticket home and she was excited.

“And then we got the call from Faizel’s brother to say she had been shot. I asked where, thinking the store was closed. I asked if she was OK, and he told me she was dead.”

Asmall said Hendricks had not once spoken to him since.

He said the family were bitterly upset when, after an inquest,  the prosecutor declined to prosecute.

They decided to institute the private prosecution because it was the “right thing to do”.

It took its toll. Asmall said he was diagnosed with cancer and his wife, Sara, would have to go to Cape Town and attend the trial at the Malmesbury regional court without him.

Finally, in July 2014, Hendricks was convicted and the next year he was sentenced.

The importance of this prosecution will be felt for a long way to come.

This year, with its many incidents of all forms of violence against women, taught me that we are our own liberators.
Opinion
1 month ago

But it would take another seven years for his appeals to wind slowly through the justice system, before they got justice this week.

“I hope this makes others realise that, at the end of the day, you can get justice. It has come at a great cost, and not everyone can afford it. And that’s the sad part of it.”

Hendricks claimed that he and Naidoo had been arguing and he had packed his bag and left. Naidoo had come after him and he had returned to the apartment.

She took hold of his revolver and put it into her mouth and shot herself.

But the two judges say, based on the expert evidence, this version was improbable.

“What is more probable, is that he shoved the firearm into her mouth and in her attempt to grab hold of it, and pull it out, that the trigger was pulled by the appellant [Hendricks]  and this would reasonably explain the presence of primer residue on the hands of the deceased [Naidoo].

“His actions after her death were also questionable if this indeed had been suicide,” the judges noted, saying he had not called for help, had not called her parents and had given different versions of what happened to the police and at the inquest hearing.

“He also had to fabricate a version where he ostensibly turned the deceased around, presumably to explain the blood on his hands and the smear marks close to his body.

“All the evidence suggests that she did not commit suicide but rather that she was shot in the mouth to look like she had done so.”

Scheltema has published a book about his experience as the private prosecutor, entitled Justice Delayed.

“The book is the story of Sara and her courageous efforts to overcome many stumbling blocks on her journey to find justice,” Scheltema says in the foreword. “The book deals with the importance of forensic evidence in the reconstruction of the shooting incident which resulted in Rochelle’s death.

“Private prosecutions for murder are rare even on a world scale.”

He writes that the decision to institute the private prosecution was a courageous one.

On Hendricks' conviction for murder after the trial, he wrote: “What has just happened hasn't been a victory that calls for congratulations or celebrations. Instead, it has been a mere vindication of a mother's love for her daughter and her belief that she did not commit suicide.”

Scheltema said: “The Asmalls should be respected for their role in taking on a case of this magnitude and their efforts to stamp out gender-based violence. The importance of this prosecution will be felt for a long way to come. As I say in the book, violence against defenceless women strikes at the soul of a nation.”

In a recorded telephone call with a South African life insurer, Pastor Melisizwe Monqo of God's Work International Ministries in the Eastern Cape can ...
News
1 month ago

The case against Ntuthuko Shoba, alleged mastermind behind the killing of his pregnant girlfriend Tshegofatso Pule, hit a few hurdles on what would ...
News
3 months ago

Sowetan's big stories of the year

We go back to look at some of our biggest stories of 2021.
News
1 month ago
Next Article