Sowetan's big stories of the year

From plot against church leader wife to serial killer cop 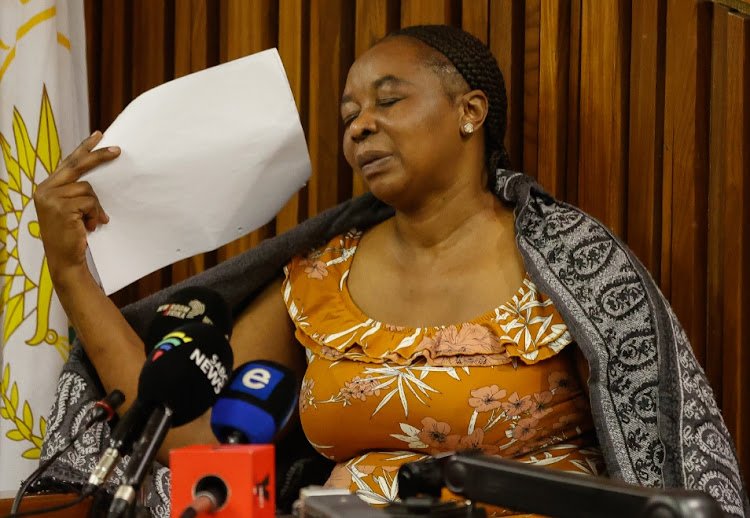 While South Africa watched the rest of the world start with their vaccination rollout campaign, the health department only managed to get one million doses of the Astra Zeneca vaccine in February.

Before long, celebrations turned to despair as it was soon discovered the doses flown in from India had limited efficacy against the dominant strain at the time, three weeks after they landed in the country.

Apart from the effectiveness of the vaccine, there were also concerns the health department procured vaccines close to reaching their expiry date.

Not long after, the doses were sold to the African Union. 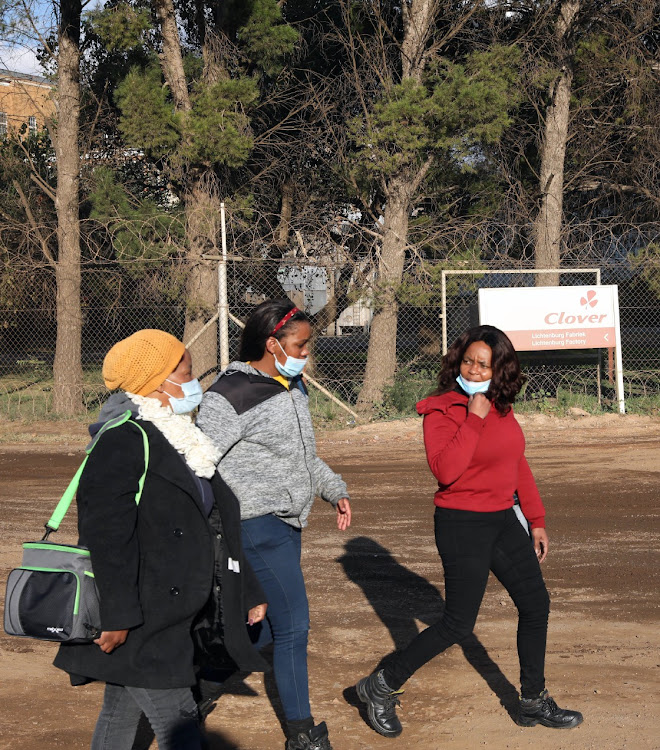 In June, Clover SA announced that it was closing the country's biggest cheese factory and moving it from North West's Lichtenburg to KwaZulu-Natal due to poor service delivery by the Ditsobotla local municipality.

The municipality is in a dire state as it's unable to render basic services such as an uninterrupted water supply, regular refuse removal and road maintenance among others.

Clover has already started moving several production departments to Queensburgh in KwaZulu-Natal as it downscales operations in impoverished Lichtenburg where it's currently one of the biggest employers.

The road leading to the cheese factory is in such a bad state that even trucks and bakkies struggle to navigate through its poor unmaintained gravel terrain.

"Ongoing poor service delivery is the main reason for Clover's decision to move its cheese production from Lichtenburg to Queensburgh, Durban. Clover already has operation in Queensburgh and the eThekwini municipality has proven to be supportive," read Clover statement.

Mamelodi's feared terror group Boko Haram was at the centre of the killings which erupted in Mamelodi which led to about 10 people getting killed including the group's boss.

From August, bodies kept piling up in Mamelodi with police failing to solve the murders.

Nkunzi became the latest victim in what seems like organised hits which have seen bodies piling up, mainly of Boko Haram members, since August.

In pictures widely shared through WhatsApp, a lifeless body believed to be of Nkunzi is seen lying next to a black vehicle sprayed with bullets.

In one of the voice clips apparently recorded at the scene, a male voice recording it is heard saying: “this is the end of Boko Haram, Given has been shot and killed with a rifle.

Mnguni was also gunned down after several of his lieutenants fell in a similar fashion in a space of two months.

No arrests were made as Gauteng police attributed the killings to a gang warfare involving Bafarasai (the Pharisees), an apparent breakaway group from Boko Haram. 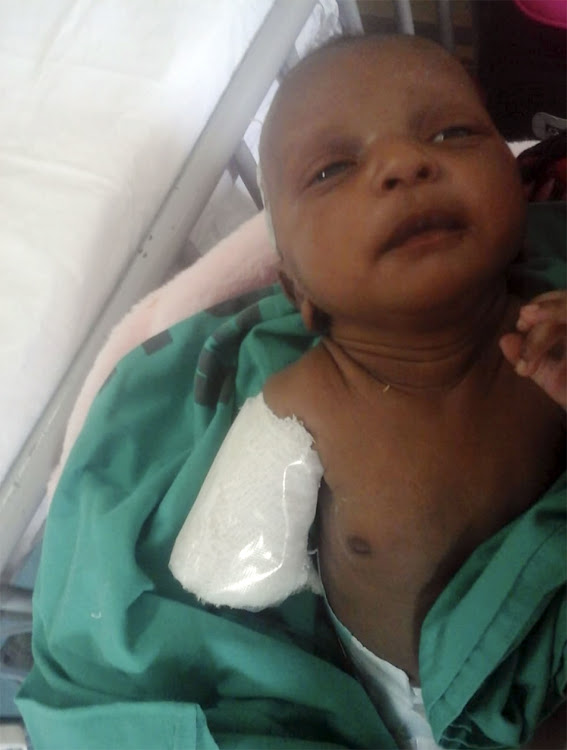 Baby Lwandle's arm had to be amputated after alleged negligence by staff members at Bernice Samuel Hospital, Delmas.
Image: Supplied.

In April, a mother of a newborn baby went through a traumatic experience when her daughter was admitted for diarrhoea at Bernice Samuel Hospital in Delmas, Mpumalanga, but ended up with her hand getting amputated. This led to angry community members in Delmas embarking on a march to the hospital demanding action to be taken against the negligence of the staff members. The hospital has also been rocked by several stories of patients claiming ill-treatment and medical negligence by the staff members. Provincial health spokesperson Dumisani Malamule said the department has since launched an investigation into the reported cases.

Four mothers took the hospital to court over medical negligence allegations on their babies.

Evidence about how convicted killer Rosemary Nomia Ndlovu, 46, killed her relative for insurance payouts. The "Insurance Killer Cop" was sentenced to six life sentences and an additional five years for defeating the ends of justice, 10 years for four fraud counts, 10 years for each of the seven incitement to commit murder charges and 10 years for the attempted murder of her mother, Maria Mushawana. She killed her boyfriend, Maurice Mabasa, whose body had over 80 stab wounds, in October 2015; her cousin, Witness Madala Homu, who was found with head injuries in March 2012; and her sister, Audrey, who was found poisoned and strangled in her rented room in Tembisa in June 2013. She also murdered her niece, Zanele Motha, who died after apparently being involved in a hit-and-run accident in Kempton Park in June 2016; her nephew, Mayeni Mashaba, who died in April 2017 on the same day he had arranged to meet Ndlovu in Daveyton on the East Rand. Ndlovu’s last victim was her nephew, Brilliant Mashego, who was Audrey’s son. He died in January 2018 after meeting Ndlovu in Mbombela, Mpumalanga. 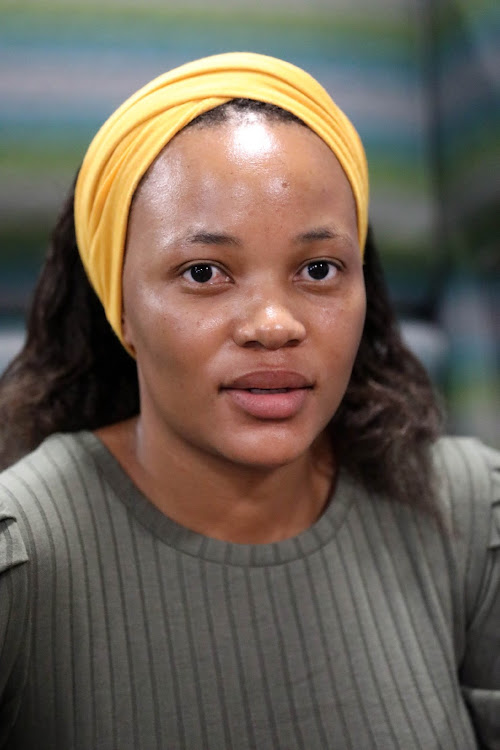 In an intricate web of alleged fraud featuring lawyers, mortuary employees, home affairs and master of high court officials, doctors and a prominent clergyman; the saying “hell hath no fury like a woman scorned” served as a potion to undo and demystify the plot that to have a woman declared dead.

Magalane Sandlana,30, the estranged wife of Michael Sandlana, the leader of the Jerusalem faction of the International Pentecostal Holiness Church (IPHC) – based in a Lerulaneng village near Brits, North West – was declared dead on March 16 and her husband was named as the executor of her estate on April 9.

Sandlana, 60, along with his lawyer Albert Ramothwala, 45, funeral parlour employee Oupa Mkhonza, 53, alleged middleman Thabo Mosime, 48, and the deputy master for deceased estate appointment in the master of the high court’s office in Pretoria, Nthabiseng Ntsoane, were all arrested in connection with the elaborate fraudulent scheme.

Mkhonza, Mosime, and Ntsoane had charges against them provisionally withdrawn against them in September, leaving Sandlana and Ramothwala as the only suspects in the matter.

An introvert. A bookworm. A recluse.

These are adjectives used to describe Flavio Hlabangwane by his mother, Grace Hlabangwane, two days after the 26-year-old’s new girlfriend found a pair of hands and legs in a deep freezer compartment of his fridge in his rented Protea Glen room in Soweto.

During his arrest after the grisly discovery, a video of Hlabanwgane slashing at his throat with a sharp object circulated on social media sending shockwaves across South Africa.

The plot thickened as Hlabangwane attempted to take his life once again while in police custody. Sowetan was able to speak to his father, Paul Hlabangwane, who said his son will need to face the music if he is guilty of allegedly murdering his wife who, according to other family members, is a cousin of Flavio.

Aside from the limbs that were found, Hlabangwane also pointed out a shallow grave where he had disposed of the head. Police have not yet confirmed the identity of the woman as they await DNA confirmation.

Hlabangwane has since been sent for a psychiatric evaluation and will be back in court on January 28.

Former president Jacob Zuma’s protracted  battle with the Zondo commission and his refusal to testify before it had been among the dominant talking ...
News
5 months ago
Next Article