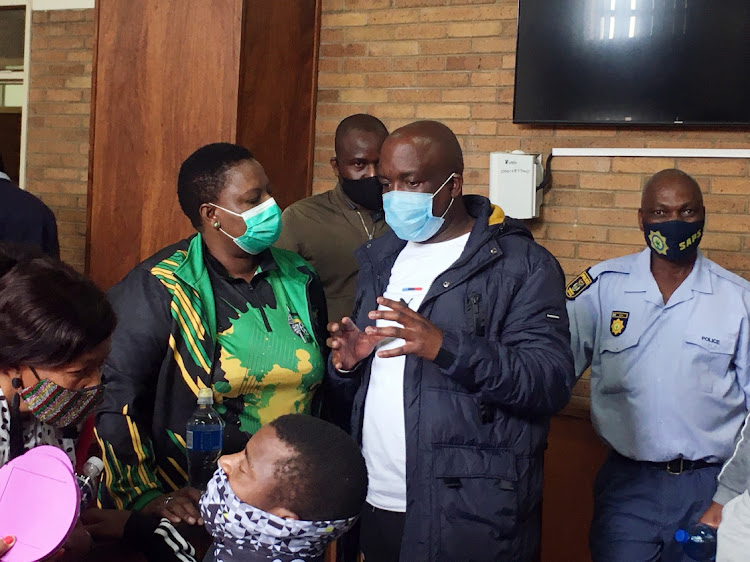 Former Mpumalanga MEC for agriculture Mandla Msibi says his legal team is going to approach the national director of public prosecution (NDPP) to have his case thrown out of court.

His comments came on Monday, shortly after his case was postponed for further investigations in the Nelspruit magistrate's court.

Their arrest came following an August 22 incident outside Coyotes Chisa Nyama in Mbombela in which Sindela Sipho Lubisi and Dingaan Ngwenya were killed. Sfiso Mpila was injured.

They have all pleaded not guilty and are out on R20,000 bail each.

State prosecutor Innocent Sibiya asked the court to postpone the case to February 24 but that did not sit well with defence lawyer Adv Coert Jordaan who said the state must do its job.

Magistrate Suzan Monaledi agreed to the state's request but pointed out that this would be the last postponement granted in the matter.

“We want to approach the NDPP because according to the Criminal Procedures Act, police must investigate for arrest but here the investigating officer [made] arrests and didn't even come to us. We learned through our lawyers that we are people of interest (in the case) with the police. We feel that the matter is not fair, that's why we [will] approach the NDPP. We are going to be acquitted because there's nothing again us,” said Msibi.

“When we came here we were told the state said they were ready... We will patiently wait for the 24th [February] but it tells you that they didn't do any investigation as they asked for a postponement which they [have] asked for before.

“It can tell that they are not ready and they will not be ready to prosecute. Now they come here and  say they are postponing for further investigation. That means they have not done any investigation, they are just delaying.”

Msibi, who has since been fired as MEC and elections manager of the ANC, added that he had gone to the party's integrity committee.

“Yes, I went to the integrity commission of the ANC to present my case. They are the ones to take the decision,” he said.

Meanwhile, NPA spokesperson in the province Monica Nyuswa said one of the state's witnesses in the case against Msibi, former ANC councillor Lifa Nkosi, has been released on R3,000 bail in the Barberton magistrate's court on Monday.

Nkosi is accused of fatally shooting police officer Sgt Nkosinathi Ngwenya, a member of the Nelspruit detective unit, and his friend Jafta Mnisi outside a drinking spot in Barberton on October 16.

Nyuswa said their case was postponed to February 25 for further investigations.

The case against former Mpumalanga agriculture, rural development and environmental affairs MEC Mandla Msibi and his co-accused has been postponed to ...
News
1 month ago