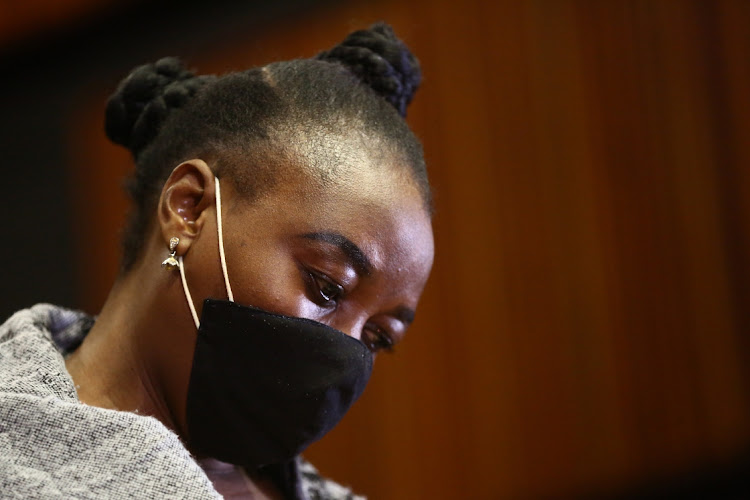 A high court judge has drawn similarities in former cop Nomia Rosemary Ndlovu's murder trial to a case that was heard in one of the country's courts nearly nine decades ago.

Judge Ramarumo Monama said Ndlovu's matter has garnered a great deal of attention because the hallmarks of her case were frighteningly similar to those of a matter that was heard 89 years ago.

Ndlovu is expected to know her fate in the multiple murders of her family members and her boyfriend and allegedly bagging R1.4m in life insurance policies.

Monama on Friday said he would provide an explanation pertaining to his reasons for coming to his conclusion at the end of the judgment.

“Secondly, it's to inform the families of the victims and the public because they are all stakeholders in this matter which, I must add, has attracted a lot of media attention.

“The reason there is a lot of media attention in this case is because in the last 89 years, this country has not observed a similar situation such as your case.”

Monama said the matter involved a nurse who poisoned her two husbands and her son.

“She was convicted of murder of the son and the two husbands and the purpose there was found to have been to cash in on the policies. The hallmarks of these two cases are frightening.”

An emotional interview with alleged killer cop Nomia Rosemary Ndlovu's sister saw the mother of five break down in tears as she spoke about her ...
News
3 months ago

'Where is the proof? 'asks alleged killer cop Nomia Rosemary Ndlovu as testimony wraps up

After weeks of evidence in the dramatic trial of alleged killer cop Nomia Rosemary Ndlovu, the 46-year-old suggested she was tired of defending ...
News
3 months ago

She also allegedly murdered her niece Zanele Motha who died after apparently being involved in a hit-and-run accident in Kempton Park in June 2016.

Ndlovu also allegedly murdered her nephew Mayeni Mashaba, who died in April 2017, on the same day he had arranged to meet Ndlovu in Daveyton on the East Rand.

Ndlovu’s last alleged victim was her nephew Brilliant Mashego, who was Audrey’s son. He died in January 2018 after allegedly meeting Ndlovu in Mbombela.

Monama said the policies taken out by Ndlovu were specifically for accidental death of the deceased.

"The critical points that need to be determined by the court is: 'Who killed all these people that I have mentioned'," said Monama.

He said there was no direct evidence that linked the deaths of the victims to Ndlovu but the state urged him to accept the circumstantial evidence that was presented.

Monama said the circumstantial evidence was presented to him in the form of 52 witnesses who testified and numerous documents that were also submitted.

Seated on opposite ends of court 13 in the high court sitting in Palm Ridge on Friday, where judgment in the murder trial of Nomia Rosemary Ndlovu is ...
News
2 months ago

Alleged serial killer and policewoman Nomia Rosemary Ndlovu returns to court for judgment in her trial on Friday, marking one of the final chapters ...
News
2 months ago
Next Article