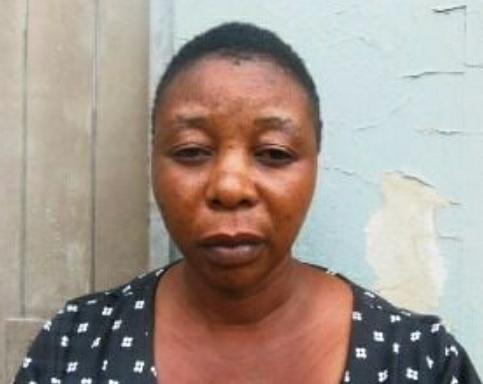 A woman who allegedly narrowly escaped being killed by her sister is on Wednesday expected to take the witness stand in the high court sitting in Palm Ridge.

Joyce Ndlovu is expected to share intricate details about her relationship with her sister, former constable Nomia Rosemary Ndlovu, who not only stands accused of trying to murder her but also five of her relatives and her own boyfriend.

The court has heard how Nomia hired hitmen to kill Joyce and her five children in a bid to claim from a life insurance and funeral policy she had taken out on her sister.

The hitmen she hired turned her over to police, alleging she had wanted to burn her sister and the children to ashes in their home in Bushbuckridge.

Joyce’s sibling, Audrey, was not as lucky. She was found dead in her room in Thembisa in June 2013.

It was alleged she had been poisoned and strangled by Nomia.

Audrey’s neighbour was one of the people who testified during the trial, saying on the day Audrey was last seen alive, Nomia had been at her house.

Audrey was alleged to have left her sister in the house and headed out to buy bread, leaving Nomia to make them tea. The state alleges Nomia laced Audrey’s tea with a harmful substance that was meant to kill her.

“Later that afternoon Nomia returned to Audrey’s house. She discovered the poison did not kill her and she strangled her. She left shortly thereafter,” the state said in its papers.

Nomia reportedly returned the next day.

It was then that Audrey’s neighbour said she found Nomia crying outside the locked gate of the yard where Audrey was renting, claiming her sister is dead. Nomia had also frantically called her mother, informing her Audrey was dead.

The neighbour said she found this odd because at the time they had not opened the room where Audrey was later found dead.

Neighbours struggled to open the door to Audrey’s rented room because it was locked.

They summoned the police who opened the door and Audrey’s body was found.

“The accused immediately removed the cup she had used when attempting to poison the deceased the previous day and washed it, thereby destroying possible evidence that could have implicated her in the murder,” the state alleged.

Audrey’s body had started decomposing, making it difficult to determine the exact cause of death.

Doctors, however, said there were strangulation marks around her neck and some blood, leading them to believe there was foul play.

Nothing was taken from her room, dismissing any suggestions she was killed during a robbery.

When police investigated Audrey’s death, they discovered Nomia had taken out six funeral and life insurance policies. In all of the policies she was the sole beneficiary. The first had been taken out in August 2011 and the last in May 2013, just weeks before Audrey’s death.

The state alleges that in some policies, Nomia had posed as Audrey when she opened the policies and made arrangements for premium payments to be taken from her own bank account.