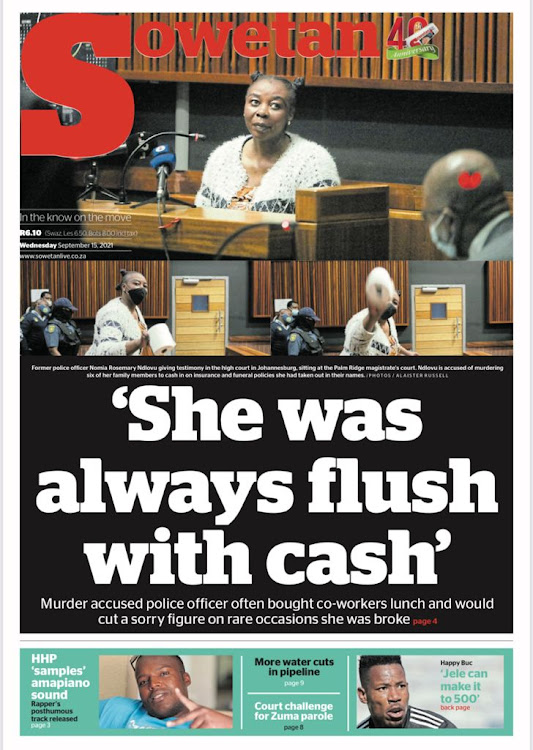 The widower of one of the six people who were murdered allegedly by their cop relative who bagged about R1.4m in policies, for the first time saw the woman behind his wife's killing.

Exclusive footage, presented in court, which has been crucial in the state’s case against her. 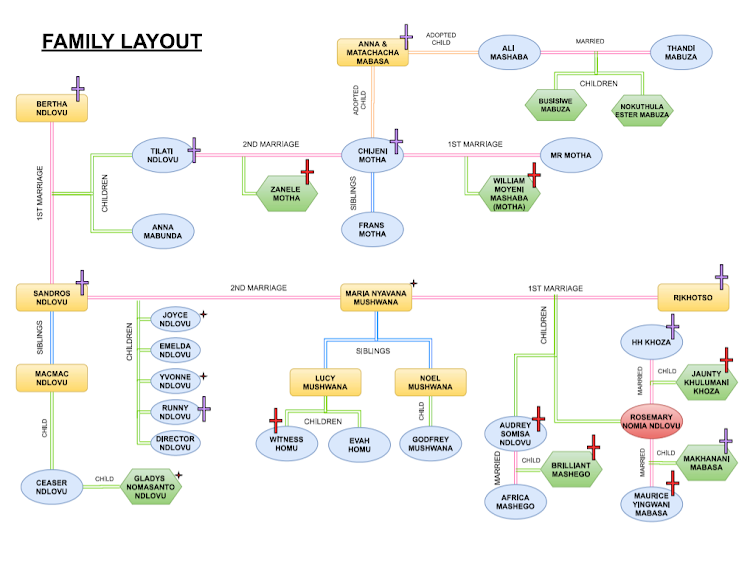 Shortly after her mother gave testimony in her defence, murder accused Nomia Rosemary Ndlovu said she was happy to have been able to see and speak with her.

Maria Mushwana, the mother of the former police officer who is facing a raft of charges ranging from murder, attempted murder and defeating the ends of justice, was permitted to see her daughter after taking the stand in the High Court in Johannesburg sitting in the Palm Ridge magistrate's court on Thursday.

'Serial killer' ex-cop happy to see her mother in court

The former police officer accused of murdering six of her relatives testified on Thursday that she had taken out 16 policies on her boyfriend amounting to more than R400,000.

Ex-cop took out 16 policies on boyfriend

Ndlovu has made a complete change of heart towards journalists, more so photographers, she has realised that she is not on a fashion runaway and that her life or freedom is on the line.

She is seemingly becoming more violent, threatening and a danger not only to those around her but to herself as well.