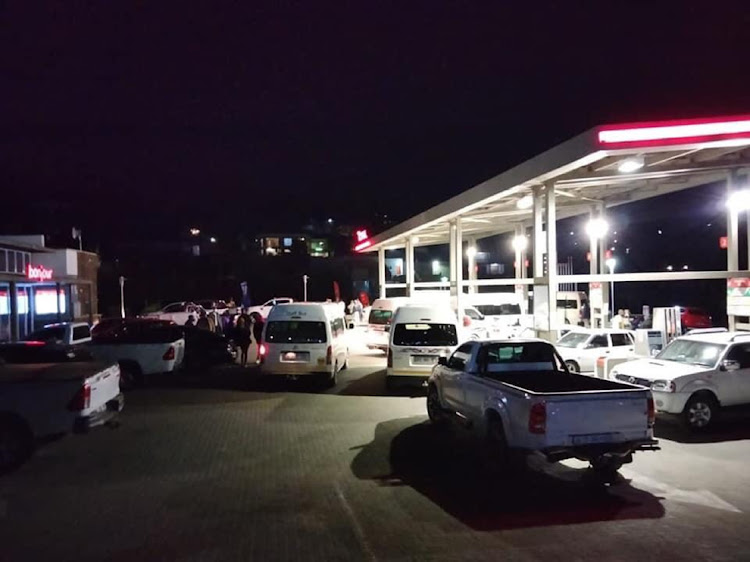 Crowds of looters are said to have descended on certain Mpumalanga areas on Wednesday as violence continued to spread across the country. However, in Pienaar, taxi drivers, residents and agriculture MEC Mandla Msibi slept at Emoyeni Mall to protect it from looters.
Image: Mandla Khoza

Crowds looted shops and businesses on Wednesday, defying government calls to end a week of violence that has killed more than 70 people, wrecked hundreds of businesses and disrupted hospital operations during a third wave of Covid-19.

Protests that followed the jailing of ex-president Jacob Zuma last week for failing to appear at a corruption inquiry have widened into looting and an outpouring of general anger over the hardship and inequality that persist 27 years after the end of apartheid.

Shopping malls and warehouses have been ransacked or set ablaze in several cities, mostly in Zuma's home in KwaZulu-Natal (KZN) province, and the country's biggest city Johannesburg and surrounding Gauteng province..

A Reuters photographer saw several shops being looted in the town of Hammersdale, Mpumalanga, on Wednesday. Local TV stations meanwhile showed more looting of shops in Soweto, and in Durban.

Several communities across the country have decided to put their lives at risk to protect property and their livelihoods against those looking to ...
News
2 months ago

The National Hospital Network, representing 241 public hospitals already under strain from Africa's worst Covid-19 epidemic, said it was running out of oxygen and drugs, most of which are imported through Durban, as well as food.

Staff in affected areas were unable to get to work, it said, worsening shortages caused by a third wave of infections.

"The impact of the looting and destruction is having dire consequences on hospitals," it said. "And the epicentre of the pandemic is within the affected provinces currently under siege."

The country's largest refinery SAPREF in Durban has been temporarily shut down, an industry official said on Wednesday.

The poverty and inequality fuelling the unrest was compounded by severe social and economic restrictions aimed at curbing Covid-19. The United Nations in South Africa expressed concern that disruptions to transport for workers from the riots would make things even worse.

"This will exacerbate ... joblessness, poverty and inequality," it said in a statement.

Some people even resorted to panic buying as mall managements across the provinces announced that their doors would be shut as a precautionary ...
News
2 months ago

The Diepsloot Residents' Association went on a door-to-door operation to recover items that were looted by community members from a nearby shopping ...
News
2 months ago