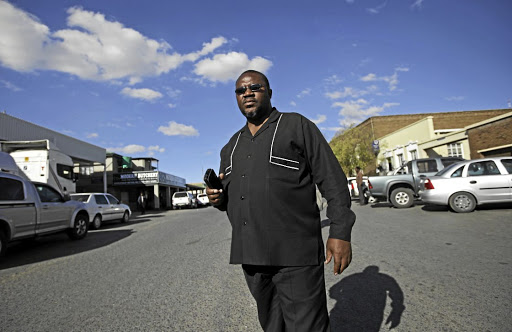 The African Independent Congress (AIC) is threatening to go to the Constitutional Court to force the ANC government to fulfil a promise made to the party to reincorporate the Eastern Cape town of Matatiele in KwaZulu-Natal.

The party’s leader Mandla Galo said the AIC felt duped by the ANC into entering into a coalition agreement which the ruling party never lived up to.

After a poor showing at the local government elections in 2016, the ANC signed a coalition agreement with the AIC which would help it retain power in both the Ekurhuleni metro and the Rustenburg local municipality in North West.

As part of the agreement, the AIC wanted the ANC to ensure that Matatiele was transferred back to KwaZulu-Natal from the Eastern Cape and for the ruling party to resolve other provincial cross-border disputes.

The party also wanted the establishment of an agricultural college in Matatiele and the tarring of a gravel road between Matatiele and Lesotho which goes via Qachas Nek, in Lesotho, which the party believed would boost the economy of the town.

Galo said the party has not seen any of their coalition agreement conditions met.

As a result, the party wants to approach the Constitutional Court to ask it to force the government to implement the outcome of the municipality's referendum, held in 2009, the results of which Galo said showed that the majority of the residents wanted Matatiele transferred back to KwaZulu-Natal.

The AIC was born out of protests by the residents of Matatiele who wanted to be moved back to KwaZulu-Natal as they believed they would receive better services.

“We were very disappointed that not even one of our demands was met by the ANC,” said Galo, who spoke mainly in isiXhosa during an interview with TimesLIVE.

Ekurhuleni executive mayor Mzwandile Masina has described land invasions as being among the biggest headaches for his administration as residents ...
News
1 year ago

Outgoing Ekurhuleni executive mayor Mzwandile Masina has moved to commend the coalition pact in which the ANC was forced co-govern with other smaller ...
News
1 year ago

He said the ANC held several meetings with the AIC from 2019 with an intention to introduce a bill that would transfer Matatiele back to the Harry Gwala municipality in KwaZulu-Natal but the talks dried up after the general elections that year.

“In early March 2020, we asked for a meeting with [co-operative governance and traditional affairs minister] Nkosazana Dlamini-Zuma and told her that we are not happy about the coalition because our agreement is not being implemented. We told her to intervene or else we were going to approach the Constitutional Court,” said Galo.

He said they told Dlamini-Zuma they had reports about the outcome of the referendum and would not hesitate to go to court should the impasse not be resolved.

“She asked us to give her time so that she could present our grievances to the [ANC national executive committee], which was supposed to sit at the end of March in 2020 and she would come back to us in April. However this issue of coronavirus became an issue but we are saying we are no longer going to wait because their [ANC] processes are ongoing. They can no longer hide under coronavirus.

“She could have just got back to us to update us on whether or not she has raised the issue with the ANC,” said Galo.

He said the party had not set a date yet to file papers with the ConCourt but by the end of July it will have done so.

Asked if he felt the AIC was duped by the ANC into the deal, he said: “I can say so. Those people are tsotsis and we know them. I was raised by the ANC.

“We went into the coalition knowing that they are full of tricks but we knew that we will get them in the end. That is why we are going to the Constitutional Court because we have evidence that we think they can't refute,” said Galo.

Galo however admitted that his party benefited in the coalition arrangements as they managed to force the ANC to not only employ their supporters in the expanded public works programme mainly run by municipalities.

He also highlighted that their councillor Thsonono Buyeye became acting mayor in the Nelson Mandela Bay metro while the warring parties struggled to find a working coalition.

But Galo said his party has not yet taken a decision on their future relationship with the ANC after this year's local government elections.

The IFP has been handsomely rewarded for supporting the ANC and allowing it to regain control of the City of Johannesburg.
News
2 years ago

Nelson Mandela Bay council speaker Buyelwa Mafaya survived an attempt to remove her on Tuesday after the coalition government failed to show up at ...
News
1 year ago

The party has only 49 seats, while the current coalition government of the DA, UDM, COPE, UF and AIC has 63.
News
1 year ago
Next Article