Masina sure of surviving motion 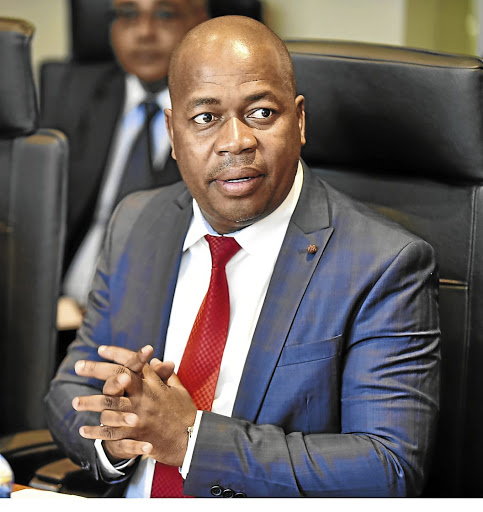 Ekurhuleni mayor Mzwandile Masina will enter today's council meeting, which will debate a motion of no confidence against him, emboldened after his coalition partners reassured him of their support.

The ANC and its coalition partners in Ekurhuleni, the AIC, PAC, Patriotic Alliance and the Independent Rate Payers Association of SA (Irasa), put up a united front behind Masina at a media briefing yesterday.

They detailed some of their successes in the coalition with the ANC which helped the governing party retain the metro after failing to get an outright majority in the 2016 local government elections.

The DA is attempting to cut Masina's mayoral tenure short, accusing him of corruption and poor service delivery, especially in poor areas.

DA leader in Ekurhuleni Phillip de Lange said the motion had been tabled because under Masina's watch service delivery had collapsed and unemployment was escalating in the region.

"We must get back to delivering better services to the people of the City. we will have that opportunity [after ousting Masina] to put the people first and as the DA, we will be doing just that."

Ekurhuleni mayor Mzwandile Masina is entering a possible make or break week as the DA courts other parties to support its motion of no confidence to ...
News
3 years ago

For the motion to succeed, the DA needs some among the ANC's coalition to vote in support of it.

Berg accused the DA of hoping to score political points. "The DA has tabled this no confidence because of its own mistakes in other coalition governments in other parts of the country.

"I don't agree with the mayor all the time, he's young and very radical but it doesn't mean we can't be in a coalition. Coalitions are all about not being arrogant, ours is built around stability."

Asked about its position on the motion, the EFF's Mampuru Mampuru said: "All will be revealed in the council meeting."