Alleged gangsters charged with shooting man dead in family home and bid to kill three others, including four-month-old boy 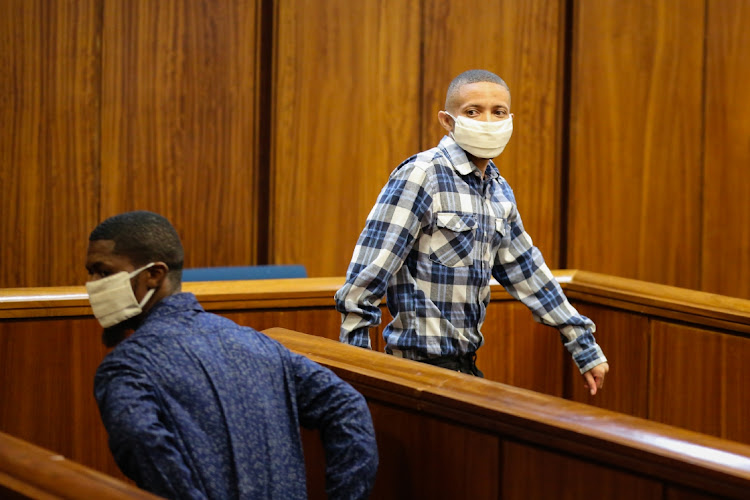 Morne Featherstone, right, and Charl White make their first appearance in the high court in Gqeberha on Monday on multiple charges, including murder and attempted murder
Image: WERNER HILLS

They call themselves the “Satan Defenders” and are charged with the attempted murder of a four-month-old baby, found covered in blood after a man was shot dead inside the family home.

On Monday, Morne Featherstone, 20, and Charl White, 22, pleaded not guilty to three counts of attempted murder, one of murder, two counts of contravening the Prevention of Organised Crime Act and two counts each for the unlawful possession of firearms and ammunition.

According to the indictment before the high court in Gqeberha, two men had been sitting outside a house in Bibby Street, Bloemendal, when they were approached by Featherstone and White, who allegedly pulled out firearms and opened fire.

Considering I was subjected to seven years of "religious education" as a child - you would think that I would have sufficient understanding about ...
Opinion
1 year ago
Next Article