'Krugersdorp Killer' accused will deny claiming to have supernatural powers 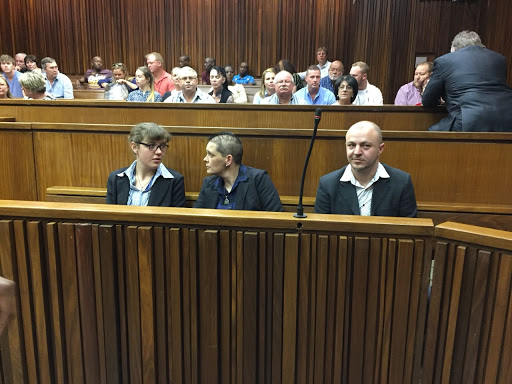 Cecilia Steyn‚ implicated in a string of murders dubbed the “Krugersdorp killings” and described by witnesses as a self-proclaimed witch‚ will deny claiming to have supernatural powers.

Steyn's lawyer told the South Gauteng High Court on Friday that his client would also deny other statements by witnesses that she claimed to have matriculated at 14 and had three qualifications.

Witnesses who have so far testified in the trial have said that Cecilia Steyn claimed to be the bride of Satan‚ that she would walk on water and hold her breath under water for an hour.

She could‚ according to their testimony‚ transform herself into a wolf and was able to leave her body‚ enter the body of another person and make them kill people.

Ria Grunewald‚ 63‚ told the court this week that Cecilia had told her that she was 14 when she passed matric and that she had qualifications in psychiatry‚ law and theology.

'Krugersdorp killers' would drug‚ film and blackmail their victims

Grunewald was testifying in the trial of Cecilia‚ Marcel Steyn and former insurance broker Zac Valentine.

The Krugersdorp neighbours and friends stand accused of being involved in the murder of 11 people between 2012 and 2016. The trio have pleaded not guilty.

Andre Coetzee‚ Cecilia's lawyer‚ told the court that she would deny having matriculated at 14 or having attained three qualifications.

"She will deny having mentioned to have those qualifications. On her finishing matric at 14‚ she will‚ however‚ say that she finished school at that age‚" Coetzee said.

Coetzee told Grunewald that Cecilia would also deny claiming to have a third eye and could see things other people could not see.

"She told us she could see different demons and what they looked like‚" Grunewald had said.

Three other people are serving lengthy jail terms in connection with the killing spree‚ including Marcel’s mother‚ Marinda Steyn.

The initial killings were allegedly sparked by a split in a church group called Overcomers Through Christ (OTC).

The group’s aim was converting satanists to Christianity. Cecilia and her friends formed the Electus Per Deus (Chosen by God) group after the split.