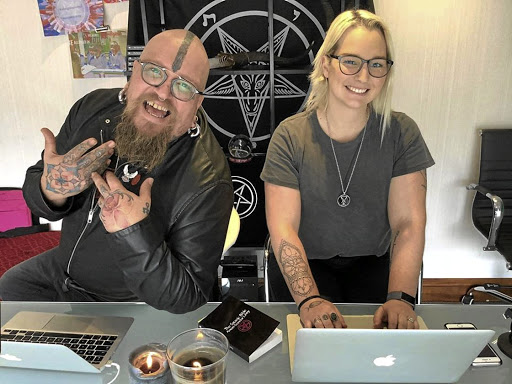 Considering I was subjected to seven years of "religious education" as a child - you would think that I would have sufficient understanding about different religions and at least be inclined to align with one.

Neither is true. I couldn't tell you what necessitates the praise and worship of any deity even if my life depended on it.

Having realised that my education in fact covered just one religion and the study of one book and deprived me of the exploration and study of the many other religions worldwide, I eventually disinvested in being part of religious institutions altogether.

As secular as my nature has become, the book reader in me could not ignore the character of Satan.

Of all protagonists, that guy has to be the most popular bad guy ever written about.

Owing to my limited religious education - which of course was confined to reading fatty portions of the Bible and listening to interpretations by men of the cloth - I must confess, I cannot tell what the difference between the evil forces in the book.

This ignorance led to a heated debate in my family on whether Satan, Lucifer, and the devil are the same man, or thing or concept... whatever!

The very root of our debate started when there was a surprise announcement on television about the launch of South Africa's Satanic church.

You should have seen my aunt's reaction. Shock! Horror! She was rebuking the devil and had already concluded that the world is coming to an end. Then, as we watched the controversy unfold; the speaker said that they are not devil worshipers.

Some of the signatories of the petition fear that the satanic church will have a negative influence on their children.
News
2 years ago

Okay. Now we had to go back about my aunt's statement that this was the devil's work. We had to relook everything we know - which is not much really - about the Satanic Church.

We had to accept that we have no idea what we are dealing with, and have no valid reason to believe that allowing any such church poses a danger to us.

Mother's question was whether they, like the Jehovah's Witnesses, will be conducting door-to-door campaigns and teaching their doctrine; and baptising the young into the church, so that we have little pikininis in creche sharing stories with their friends about what their moms did on Sunday in Satan's church; or just playground emulations of what the Satanists were doing in one of their rituals.

Or better yet, you might be doing something wrong because you are a flawed human being, and someone reprimands you and says, "Don't do that, uSathane akakuthandi lokho!" just like all other believers of whatever faith like to highlight that which is in line with their beliefs and encourage others to do whatever is regarded as good.

What if the Satanic community wants to broadcast their prayers like it is done in mosques? Are we ready for unwittingly humming to their hymns when they become earworms?

Okay, I should stop with all this speculation. All in all, I do not know enough about Satan or his church to be debating reasonably about it, or to even imagine what it would be like.

I will wait and see.