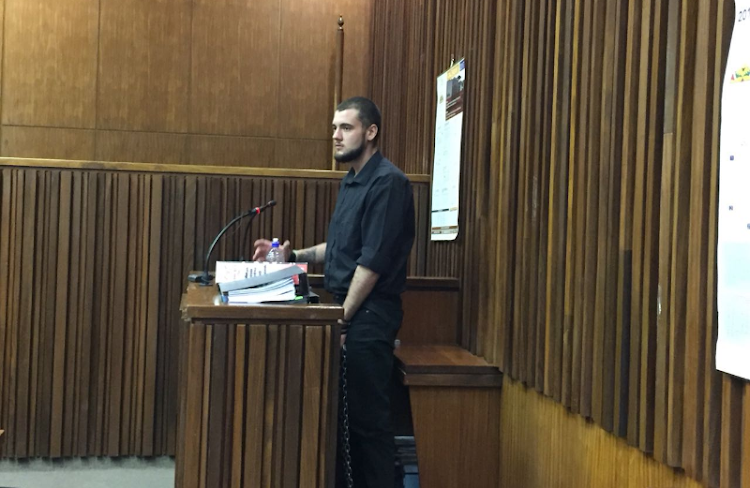 The Huisgenoot journalist is reportedly in a romantic relationship with Le Roux Steyn, who has been sentenced to 25 years in jail for his part in the Krugersdorp murders.

Afrikaans weekly magazine Huisgenoot has suspended one of its journalists for having a “potentially unprofessional relationship” with one of the convicted Krugersdorp murderers.

Huisgenoot editor Yvonne Beyers said in a statement the allegations were viewed in a very serious light and that an investigation was under way.

The journalist was suspended on Friday.

“Pending the outcome of our internal investigation no further comment will be forthcoming‚” Beyers said in a statement posted on Netwerk24.

Rapport newspaper on Sunday said the journalist was in a romantic relationship with Le Roux Steyn‚ 22‚ who has been sentenced to 25 years in jail and who turned state witness in the bizarre trial that has seen mention of satanism and the occult.

The state has closed its case in the matter involving three people accused of 11 murders in Krugersdorp.
News
3 years ago

One of the accused murderers is Cecilia Steyn. Witnesses have testified that she claimed to be the bride of Satan‚ that she could walk on water and hold her breath underwater for an hour. She could also transform herself into a wolf and was able to leave her body and enter the body of another person and make them kill people.

Cecilia‚ Marcel Steyn and former insurance broker Zac Valentine stand accused of being involved in the murder of 11 people between 2012 and  2016. The trio have pleaded not guilty.