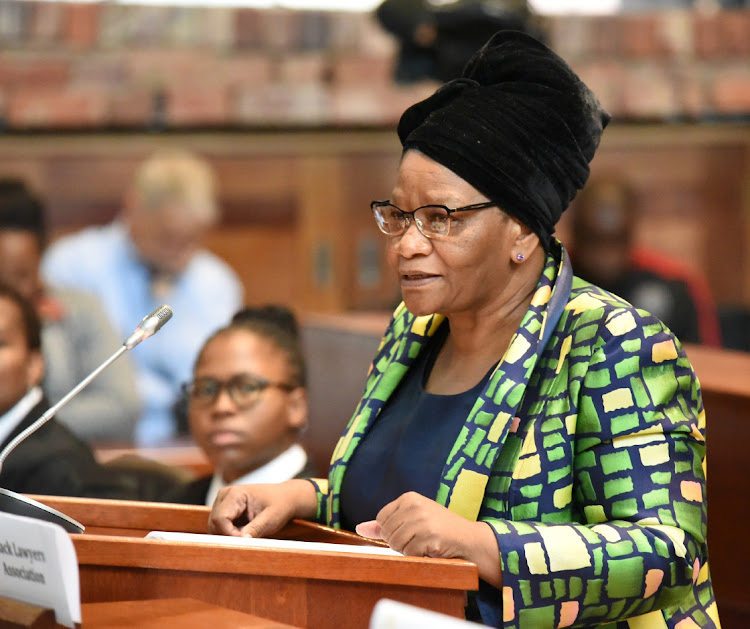 National Assembly speaker Thandi Modise has described it as “a pity” that parliament’s portfolio committees had to be woken up by public revelations of state capture to try and hold the executive to account.

Modise was on Monday on the stand before the Zondo commission into state capture where she and National Council of Provinces (NCOP) chairperson Amos Masondo were giving evidence as the joint executive authority of parliament and what the legislature had been doing about the allegations of wrongdoing over the years.

Modise said parliamentary committees were legally empowered to investigate and scrutinise the work of the executive as part of their legislative oversight role.

“No committee actually has an excuse for not asking pointed questions, for not investigating, for not calling for witnesses and for not summonsing people because committees in legislatures have the same powers. I want to say that it is a pity that we had to wake up when the issues around allegations of state capture were there because these are the powers of the committees,” she said.

Modise said parliament had further powers which enabled MPs to call for snap debates and motions and to “actually put the executive on the spot”.

Modise said the revelations of alleged capture of the state had forced parliament to refocus committees to make them more deliberate about following up on issues, which she said would be intensified before the current term of parliament finished.

“When the allegations of state capture were given and came out into the public, parliament woke up and then deliberately said to committees, ‘you shall now look at these allegations and investigate them’,” she said.

Deputy chief justice Raymond Zondo has warned that the commission of inquiry into state capture would not allow itself to be bullied and intimidated ...
News
1 year ago

Modise pointed out that some MPs were likely reluctant to scrutinise wrongdoing by the executive as this was sometimes perceived as career limiting for those who were still eyeing to be ministers, adding that it was important that the legislative arm of the state be resourced to ensure that legislators were reasonably compensated.

“Perhaps if we were to be able to move in such a way that the third arm of the state actually unfolds and because an arm of the state and can really get the resources that it needs to do its job, you might not find that members want to become cabinet ministers and therefore don’t ask unnecessary questions,” she said.

She said a well-resourced parliament would also make MPs feel comfortable as it would be strong enough to protect them irrespective of party affiliation when they wanted to hold the government to account through oversight.

Modise said the Constitutional Court ruling which slammed parliament over its failure to do its oversight function in the Nkandla matter relating to security upgrades at former president Jacob Zuma’s household had helped the legislature into doing its job better.

She said before the judgment, the National Assembly had looked at its powers and decided that it was within its right to review and take whatever course of action, including reviewing former public protector Thuli Madonsela’s report.

“That decision of the court had actually empowered parliament to do things properly and to respect the space of Chapter 9 institutions and respect the court but also to understand its mandate better,” Modise said.