Public protector Busisiwe Mkhwebane has a prima facie case to answer, the ANC NEC has concluded 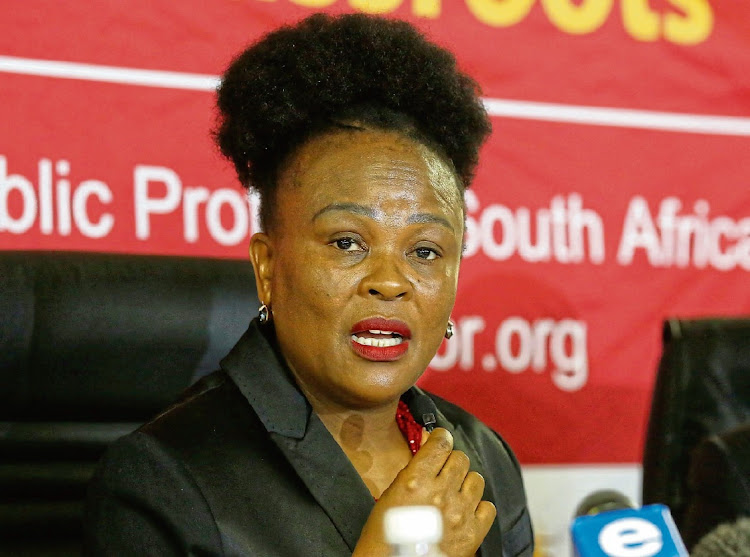 This was the conclusion made during the ruling party's national executive committee (NEC) meeting which took place at the weekend and extended into Monday night.

“Following the findings of the independent experts that the public protector had a prima facie case to answer, the ANC caucus agreed to support a motion in the National Assembly to move to the next stage of the process in terms of its rules,” said ANC president Cyril Ramaphosa in his closing remarks.

Ramaphosa said the ANC’s highest decision-making body between conferences had reflected on the ANC’s approach to the issue of the public protector now playing out in parliament.

“The NEC noted that the matter was dealt with in terms of the rules adopted by the National Assembly for the removal of a head of a Chapter 9 institution. The NEC confirmed the responsibility of the ANC political committee in parliament to oversee matters before caucus and to consult with, and be guided by, officials and headquarters as and when required.”

The National Assembly recently voted in favour of a panel report that recommended a special committee be instituted to investigate Mkhwebane’s fitness to occupy her position after it found a prima facie case of incompetence against her.

The independent panel was asked to assess the case against Mkhwebane by speaker Thandi Modise after a motion of no confidence in Mkhwebane by DA chief whip Natasha Mazzone.

A total of 275 MPs voted in support while 40 MPs voted against, with one abstaining. The majority of the “yes” votes came from the ANC and the DA.

Ahead of the NEC meeting, uMkhonto weSizwe Military Veterans Association (MKMVA) president, Kebby Maphatsoe, said the ANC’s top six officials, which includes Ramaphosa and national chairperson Gwede Mantashe, should be reprimanded by the party’s NEC for ordering ANC MPs to vote in favour of a parliamentary process to test Mkhwebane’s fitness to hold office.

Maphatsoe had said that the MKMVA strongly believed the instructions of the top six led to the ANC caucus contravening the ANC constitution and this should be viewed as an act of misconduct.

The ANC’s top six officials should be reprimanded by its NEC for ordering MPs to vote in favour of a parliamentary process to test the public ...
News
1 year ago

Magashule said the MPs would not face any repercussions for not participating in the vote.
News
1 year ago
Next Article