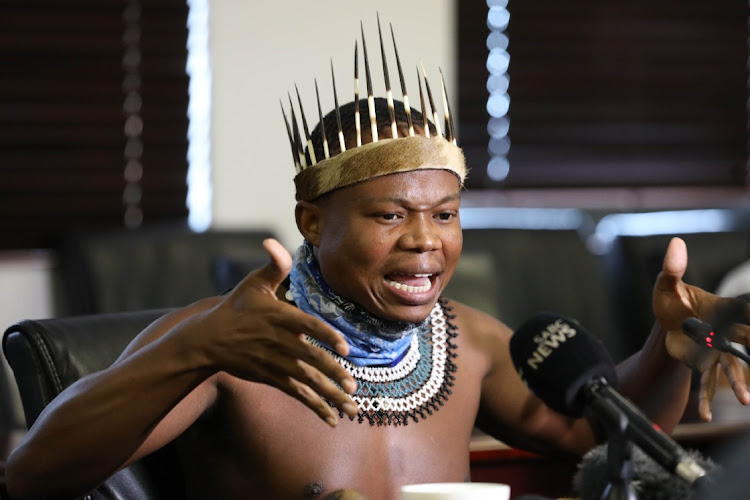 Ndebele activist Thando Mahlangu, who was at the centre of a cultural storm at the Boulders Mall in Midrand.
Image: Veli Nhlapo

The CRL Rights Commission said on Wednesday it would be unable to give recommendations for the cultural incident that happened at Boulders Mall in Midrand until the centre manager in the middle of the storm has come before the commission.

Redefined Property CEO Andrew Konig appeared before the commission with his legal counsel to give an update on what the company has done to rectify the matter.

This comes after cultural activist Thando Mahlangu was kicked out of the mall for wearing his traditional Ndebele attire.

In  footage that was widely circulated on social media a few weeks ago, mall manager Jose Maponyane can be heard saying Mahlangu was not dressed appropriately.

Maponyane is currently on suspension while the matter is being investigated.

“We have directly engaged with Mahlangu and his advisers and we also went to the royal council of Mthambothini to pay our deep respects and apologise to the Ndebele nation. We seek atonement from the Ndebele nation,” Konig said.

Mahlangu forgives mall manager who humiliated him over attire

Ndebele rights activist Thando Mahlangu says he wants the manager who was suspended from Boulders shopping centre in  Midrand, Johannesburg, to be ...
News
9 months ago

Ndebele activist Thando Mahlangu, who was at the centre of the cultural storm at Boulders Mall , said he was profiled because the SA economy is built ...
News
9 months ago

When asked by the commissioners why Maponyane would think it is okay to kick out Mahlangu, Konig said the investigation is still continuing.

“No doubt he has his own reasons and views on life. I do believe there is a greater issue around culture and a lack of understanding of each other's cultures but I can’t speak to his reasoning,” he said.

But Konig said Maponyane has since acknowledged his actions and shown remorse.

The commission asked if there is a standard dress code that may have made the manager believe customers must adhere to a specific code.

“As far as I am aware there is no standard dress code. This is the first time something like this has happened in our company…but I think the lesson here is complacency. In 1994 there was a lot done to make sure cultural differences are acknowledged but that was many years ago. We need to open our eyes and respect differences,” Konig said.

Previously Mahlangu told the commission that he has forgiven Maponyane.

“I am not happy they suspended him. I think he needs to be part of the courses that are taking place right now. I want to meet him and understand him. He must get his job back.”

The commission said Maponyane will be invited to appear on Monday.