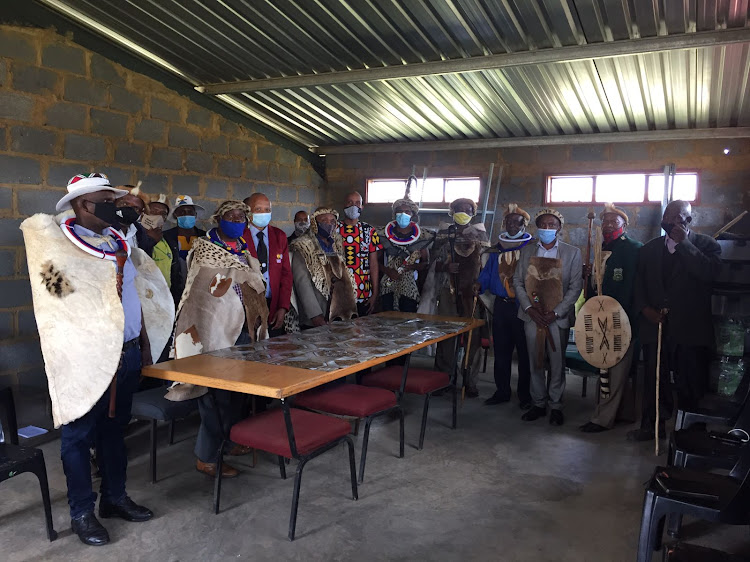 The SA Human Rights Commission says it has noted some of the proposals which include promotion of the Ndebele culture and the language.
Image: Supplied

The mall manager who humiliated Ndebele activist and author Thando Mahlangu by denying him entry to a Midrand store this week must apologise and pay damages (known as ihlawulo).

This is according to iKosi Mkhambi Mahlangu of the amaNdebele Ndzundza Sokhulumi Traditional Authority, who was speaking during a visit by the SA Human Rights Commission (SAHRC) on Friday.

The commission visited the Sokhulumi Traditional Authority in Sokhulumi to meet iKosi Mahlangu and Thando Mahlangu. But the latter wasn't present, as he was still traumatised by what happened earlier this week.

The Ndebele activist was thrust into the spotlight after he was told to leave the Clicks store in the Boulders Shopping Centre in Midrand because, according to the centre manager, he was dressed “inappropriately”.

iKosi Inkosi said the Ndebele people were tired of incidents where their rights were violated.

Jonas Sibanyoni, a commissioner at the SAHRC, said the visit to the traditional authority was part of a fact-finding mission.

“We had expected that the victim [Mahlangu] would also be here, but we have been told that because this thing has shocked him he is still taking some time to recover ... So we are still giving him an opportunity and we will find out through the people that are in direct contact with him whether he is ready to talk to us,” he said.

Sibanyoni added that the commission had also spoken to people at the Boulders mall, and that there would be another meeting on Monday. 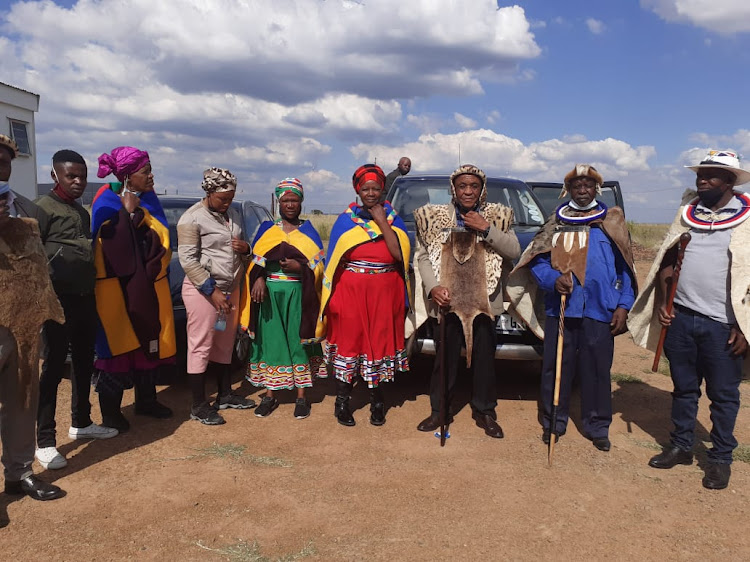 The Human Rights Commission said they decided to convene the meeting to solicit the views of the king as he is the custodian of the Ndebele culture and to also get his reaction on how he would want the commission and all the parties involved to deal with the matter going forward.
Image: Shonisani Tshikalange

“In this day and age we don't expect to see something like this. We felt that we needed to engage the various institutions, including the Human Rights Commission, and try to investigate the matter and also provide support to the victim,” he said.

SAHRC Gauteng manager Buang Jones said the commission had made contact with the centre's management.

“We are going to meet Redefine Properties on Monday to discuss the concerns that were raised, and also assist in facilitating the resolution of this matter. Mahlangu is currently receiving counselling ... He is a bit overwhelmed by this incident because the video footage went viral. We will engage with him with the view of providing him with legal assistance should he wish to get some from the commission,” he said.

Jones said the commission had already initiated its own investigation into the incident by the time complaints were lodged with it.

He said the commission will also engage with the CRL Rights Commission as they were enjoined to promote and protect cultural rights.

“We have noted some of the proposals, which include promotion of their culture and the language because, over the years, the amaNdebele have felt that they are marginalised. It is important that we reaffirm them and amplify awareness about their culture,” he said.

Jones said the commission would also like to convene a meeting between Mahlangu and the mall manager. He said it would be ideal if the manager “could wear his own traditional attire, and Mahlangu his, and walk hand-in-hand at the mall to display the unity that is required among Africans”.

“There has been widespread reaction to this incident. Many people are condemning. We see this as an opportunity to educate South Africans about other cultural groups, and also restate the importance of culture,” he said.

Ndebele activist and author Thando Mahlangu says he doesn't only wait for Heritage Day to publicly demonstrate his culture - but that means he ...
News
1 year ago

A Midrand mall manager who humiliated Ndebele activist and author Thando Mahlangu by hounding him out of shopping complex over his traditional attire ...
News
1 year ago

'Any form of prejudice, particularly in respect of African cultures, is an antithesis of our founding tenets as a constitutional democracy,' said the ...
News
1 year ago
Next Article