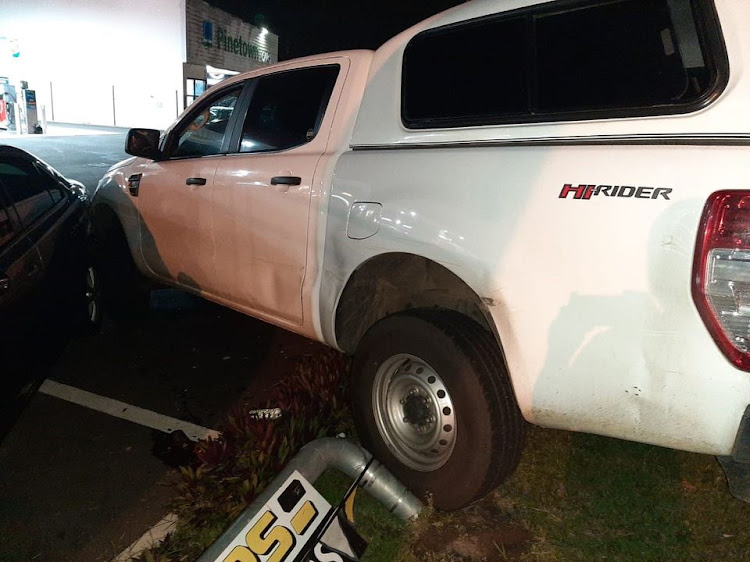 Three armed robbers were killed and one injured during a shootout with KZN police on Tuesday.
Image: SAPS

Three armed robbers were killed and one injured during a shoot-out with the police in Pinetown, KwaZulu-Natal, on Tuesday night.

A police officer was shot and injured in the arm and chest.

“These thugs were armed to the teeth and the fact that they had traditional muthi with them made them believe that they were invincible.

“This incident once again highlights the dedication of our police officers in bringing criminals to book. We wish the injured police officer a speedy recovery,” said acting provincial commissioner Maj-Gen Thulani Gonya.

Police spokesperson Brig Jay Naicker said a manhunt was under way for two suspects who fled the scene.

Naicker said officers from the provincial K9 unit were following up on a white Ford Ranger that was involved in a spate of armed robberies in the greater Durban area on Tuesday night.

“At 7pm they spotted the vehicle in Pinetown and attempted to pull it over. The suspects tried to flee while shooting at the police officers. Police gave chase and the suspects eventually lost control of their vehicle and crashed into a garage on Josiah Gumede Road,” said Naicker.

He said six suspects got out of the vehicle and engaged in a gun battle with the police officers and officials from a security company who also responded.

“One police officer was injured when he was struck on his arm and chest. He was transported to a local hospital where he remains in a stable condition. During the shoot-out, three suspects were fatally wounded while a fourth was injured and taken to hospital.

Naicker said four firearms were seized from the crime scene.

“Police found a number of items of traditional medicine in the vehicle as well as a two-way radio and other implements used by the gang to commit robberies. Detectives are convinced that this gang will be linked to a number of recent robberies in the greater Durban area,” said Naicker.

Cases of attempted murder and the unlawful possession of a firearm and ammunition have been opened.

The four men accused of assaulting and robbing a South African woman and her foreign boyfriend were granted bail in the Durban magistrate's court on ...
News
1 year ago

Siyabonga Buthelezi has been sentenced to life and 12 months imprisonment by the KwaDukuza regional court in KwaZulu-Natal for the robbery and rape ...
News
1 year ago

The body of a man who had been reported missing, Bhekuyise Mazibuko, was found by police on Monday night dumped in the bushes near an old mine in the ...
News
1 year ago
Next Article