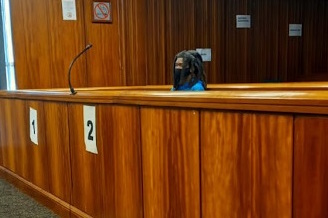 A few months into an alleged sex-for-cash relationship, a Port Elizabeth man murdered and robbed his elderly client.

Anelisa Ngcakani, the NPA's Eastern Cape spokesperson, said Koetaan was convicted after he pleaded guilty to the April 2019 murder.

Lombard, who had retired after working in administration at SAA, stayed alone at Hokaai Farm, a smallholding on the outskirts of Port Elizabeth.

Koetaan worked for a garden services company and Lombard had been one of the company's clients since 2016.

This became a regular occurrence and he received no less than R500 for each session.

Mpumalanga police were on Monday probing the brutal killing of an elderly woman at an old age home in eMalahleni.
News
1 year ago

According to his statement to court, Koetaan said on the day of the murder, Lombard told him after their sexual activity that he didn't have money and that he would pay him the next time he came around.

Koetaan said he was furious because he didn't have money for a taxi to return home and he would have to walk for 10 to 12 hours.

He then stormed out of the bedroom, went to the storeroom and came back with a slasher’s handle. He hit Lombard on the head a number of times until he fell down. Then Koetaan tied him up with an electric cord.

Koetaan subsequently pillaged the house and took a number of items, including a 6.35mm calibre Browning pistol, ammunition and a cellphone.

He also stole a bicycle that belonged to a 59-year-old man who was employed at the farm.

The employee discovered Lombard's body three days later when he went to report for duty.

Koetaan was arrested a few days later by the police.

The case was postponed to March 23 for the court to receive a victim impact statement.

Lombard's family have described him as a devout Christian who had held a prominent role in the Van Stadens Dutch Reformed Church. His brother-in-law, Danie Oelofse, told HeraldLIVE soon after the murder that he had been a harmless person who had gone out of his way to assist others.

“This was nothing more than a brutal, vicious attack on an unarmed, defenceless individual,” said Oelofse.