Police hunt for suspect after trail of bodies is found 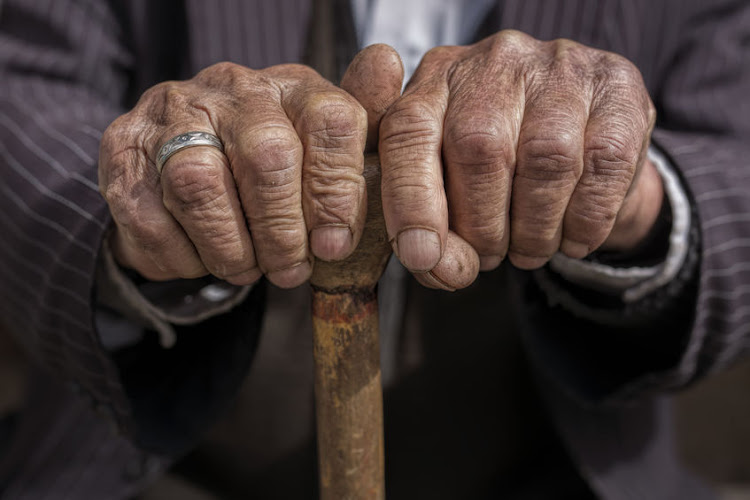 Three pensioners are among four people who were stabbed to death in Lady Frere on Monday morning.
Image: File photo

Four people, among them three elderly citizens, were found butchered to death in their homes in Zangqokweni locality in Lady Frere, Eastern Cape police said on Tuesday.

The killings happened on Monday.

“According to information police were summoned to the home of a 44-year-old woman at about 4am. Upon arrival, it was established that the woman had stab wounds. While police were still at the scene they were informed of another woman, 72, who was also found dead in her house,” said Brig Tembinkosi Kinana.

Mpumalanga police were on Monday probing the brutal killing of an elderly woman at an old age home in eMalahleni.
News
1 year ago

“Later, about 7am, two more bodies, those of a 75-year-old woman and an 88-year-old man, were also found dead in their house. All the houses are in close proximity and all the victims had stab wounds,” said Kinana.

Police were yet to establish the motive for the killings. Four murder cases have been opened.

“The 72-hour activation plan to track, trace and arrest the suspect or suspects has been established under the leadership of detective Capt Lindile Sigcu. The plan entails the mobilisation of critical resources to ensure that all information, intelligence and/or evidence to successfully trace the suspect/s is used efficiently,” Ntshinga added.

A manhunt is under way for three gunmen who brazenly shot seven men in a Khayelitsha shack on Saturday night. Five died on the scene, with a sixth ...
News
1 year ago

“We will not rest until the suspects are found and brought to book for these shocking and callous murders.”

Police have called on community members to help. Anyone with information is urged to contact Sigcu on 082 3026 989. Information can also be shared on SAPS Crime Stop number 08600 10111 or one may download the SAPS MySAPS. All information will be treated as confidential.

Ntshinga was expected to visit the families of the deceased on Wednesday.