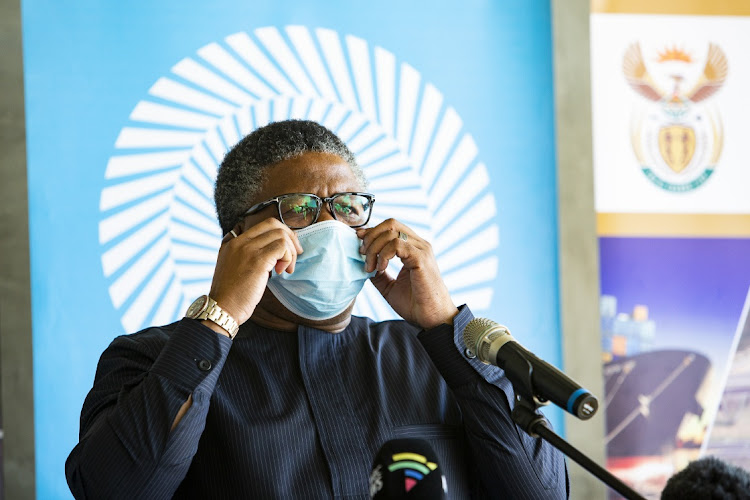 Transport minister Fikile Mbalula is confident significant progress has been made in areas that have been prioritised since he fired the previous Prasa board.
Image: Gallo Images/Jacques Stander

Transport minister Fikile Mbalula has told parliament that his decision to fire the board of the Passenger Rail Agency of SA was justified by the latest dismal audit outcome for the parastatal.

This is despite taking a beating from the court after his subsequent move to replace the board by appointing Bongisizwe Mpondo as administrator was declared illegal by the Western Cape High Court in August.

Mbalula had sacked the board and its then acting CEO, Nkosinathi Sishi, but he immediately came under criticism for his appointment of Mpondo.

After the court decision, Mbalula has since appointed a new board led by former ANC MP Leonard Ramatlakane.

At the meeting of the standing committee on public accounts (Scopa) on Tuesday, Mbalula said his firing of the board last year was justified by the dismal audit outcomes for the 2019/2020 financial year.

“We remain disappointed that the Prasa audit outcome for 2019/2020, is a disclaimer with findings. However, this outcome vindicates the correctness of our decision to dissolve the previous board and make decisive interventions. This outcome resonates with our findings of a broken organisation.

“We are, however, confident that the fruits of our intervention will reach maturity this financial year and will be evident in the 2020/2021 audit outcomes,” said Mbalula.

He said the latest audit by the auditor-general had cited instability in key positions, inadequate governance records, and poor financial management and record keeping, among others, as the reasons for the poor outcomes.

Mbalula said significant progress had been made in areas that were prioritised since the dissolution of the previous board — and he was confident this would be evident in the next financial year.

He said the progress would include addressing all issues flagged by the AG.

But MPs did not hold back, asking about the implications of the decisions made by Mpondo during his stint and whether money paid to him during his tenure would be recovered.

DA MP Benedicta van Minnen was the first to fire questions at Mbalula.

“How does that affect spending under his watch? Is it illegal expenditure? Is it wasteful, irregular expenditure. How will this be addressed?” she asked.

Despite the mess that the Passenger Rail Agency of SA (Prasa) is in, national government will be the single rail owner of the network as fixing the ...
News
1 year ago

She also wanted to know why the administrator got a premature bonus before his departure, what he was paid and how it would be  paid back.

“Is the minister going to be responsible for that?” asked Van Minnen.

“What happens ... to the set of decisions of that time and their legality and the costs involved in so far as the presence of the administrator is concerned?” Hlengwa asked.

Ramatlakane said the new board had asked for the records of all decisions made by Mpondo because they fell into a “grey area” after the high court ruling.

“We will then have to, as a board, apply our minds to every decision and of course regularise those decisions where there is a need to,” said Ramatlakane.

Mbalula, however, said the ruling on Mpondo was similar to that of former NPA head Shaun Abrahams, whose appointment was overturned by a court.

“The court did not pronounce on any other matter, other than the unlawful appointment of Mr Mpondo ... all matters and decisions taken by the administrator remain valid unless set aside by a court of law,” said Mbalula.

The parlous state of SA's long-distance railways has been laid bare by transport minister Fikile Mbalula.
News
1 year ago

Former ANC MP Leonard Ramatlakane has emerged as the man entrusted by the cabinet with turning around the embattled Passenger Rail Agency of SA.
News
1 year ago
Next Article