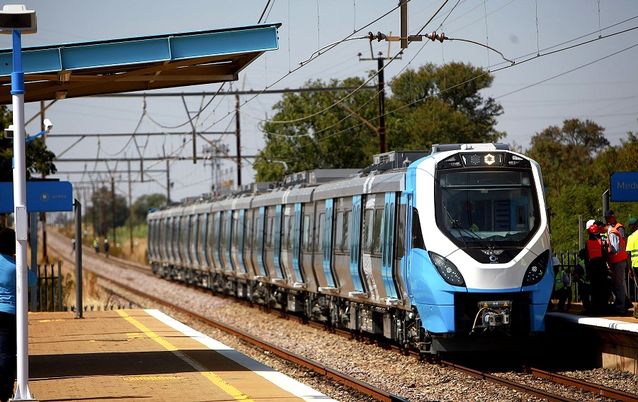 Prasa has been battling to fully operate its commuter rail services due to aging infrastructure, worsened by rampant theft.
Image: THE TIMES

Former ANC MP Leonard Ramatlakane has emerged as the man entrusted by the cabinet with turning around the embattled commuter rail utility, the Passenger Rail Agency of SA (Prasa), after he was appointed chair of its board.

This was announced on Thursday by Jackson Mthembu, the minister in the presidency, after a cabinet meeting on Wednesday.

Ramatlakane has been appointed to the Prasa board along with seven other new non-executive directors. They will be joined on the board by three more shareholder representatives from the department of the transport, the National Treasury and the SA Local Government Association (Salga).

Ramatlakane has had a colourful political history, having served as transport and public works MEC in the Western Cape in the mid-1990s and also as community safety MEC between 2001 and 2008 when the province was still under the control of the ANC.

During the implosion of the ANC in 2008, Ramatlakane was among those who quit the governing party to join Cope, which he represented in the National Assembly between 2009 and 2014.

Cosatu says it will  fight any plans to shift money from the coffers of Prasa  to fulfill government's commitment of at least R10-billion bailout for ...
News
1 year ago

But as the political fortunes of Cope took a turn for the worse, he rejoined the ANC in 2014 and served as one of its MPs until 2019, when he failed to make a return to parliament due to ANC's reduced majority.

Ramatlakane is taking over the reins at Prasa as its non-executive chairperson at a time when the passenger rail utility is plagued by a plethora of problems.

Prasa is one of the state-owned entities that were brought to their knees through large-scale looting of billions of rand of public funds through dodgy tenders during the era of state capture corruption.

The agency has also been battling to fully operate its commuter rail train services due to ageing infrastructure and this was made worse during the hard national lockdown, when criminals stole what's left of the aged rail track in provinces such as Gauteng and the Western Cape.

Prasa has also recently been in the news after a public spat between transport minister Fikile Mbalula and MKMVA leaders Kebby Maphatsoe and Carl Niehaus over security tenders at the state-owned firm.

Mthembu also announced that senior Transnet executive Tommy Makhode has been appointed by the cabinet as the new director-general of the department of home affairs.

The position had been vacant since 2018 after the resignation of then-DG Mkhuseli Apleni.

Makhode had previously occupied several senior positions in government, including at the departments of basic education and higher education, science and technology.

To those with a keen interest in the power politics of individuals in cabinet, finance minister Tito Mboweni’s recent tweets on the SAA saga paint an ...
News
1 year ago

The Passenger Rail Agency of SA has finally began a journey towards ending the theft and vandalism of rail infrastructure across the country.
News
1 year ago
Next Article