'How we saved man who drank antifreeze during lockdown booze ban' 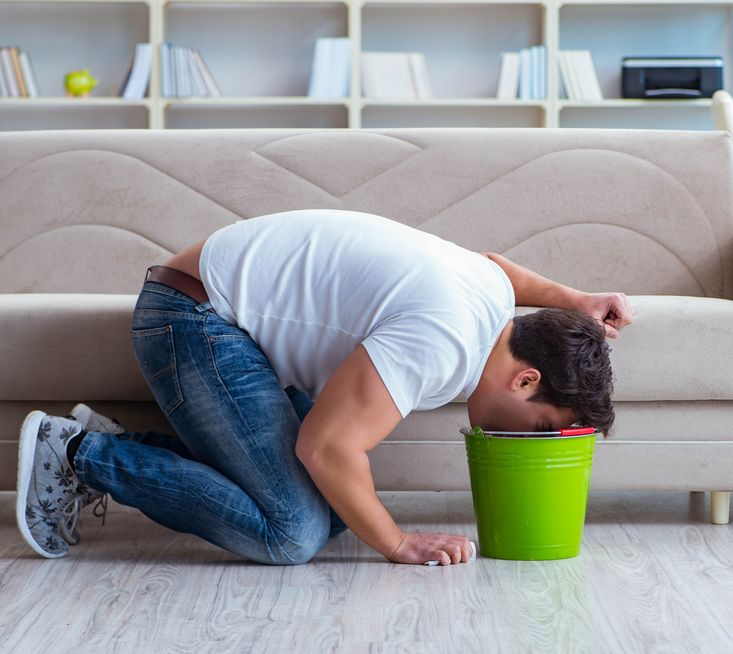 A 29-year-old who drank ethylene glycol was saved by dialysis at Steve Biko Academic Hospital in Pretoria.
Image: 123rf/Elnur Amikishiyev

Three emergency centre doctors have described how a patient thought to have drunk ethylene glycol during the Covid-19 lockdown ban on alcohol sales went into cardiac arrest and nearly died.

The 29-year-old, who had been having seizures for 20 minutes before arriving at Steve Biko Academic Hospital in Pretoria, was eventually given emergency dialysis to clean the alcohol out of his blood, and he survived.

Ethylene glycol is an industrial compound used in vehicle antifreeze and brake fluid, but its sweet taste means it is sometimes drunk as a substitute for ethanol.

Its toxic byproducts first affect the central nervous system, according to the website of the US National Institute for Occupational Safety and Health. Then they affect the heart and kidneys, and people who drink enough can die.

Writing in the African Journal of Emergency Medicine, doctors Almien Smit, Vidya Lalloo and Andreas Engelbrecht said they had seen several cases of toxic alcohol ingestion during the ban on alcohol sales.

“Many of these patients admitted to making home brews of alcohol while others simply use industrial toxic alcohols,” they said, adding that diagnosis was challenging because direct tests were not available at Steve Biko hospital.

In the case described in their paper, they said the combination of high suspicion and  blood and urine tests pointed to a diagnosis of toxic alcohol poisoning.

“This was supported by the dramatic improvement the patient had to emergency haemodialysis,” they said.

As well as experiencing seizures, when the man arrived he was virtually comatose and struggling to breathe. Tests showed his system was severely acidic and his blood pressure was low.

Adrenaline was administered and the patient was intubated but he immediately had a cardiac arrest and was revived with cardiopulmonary resuscitation.

“The patient received emergency haemodialysis within two hours of arrival ... and improved markedly,” the doctors said. "[He] was extubated within 24 hours and he made a complete neurological recovery post extubation. No further dialysis was required.”

Weekend booze sales are back and international travel gets green light

Eased lockdown regulations allowing alcohol sales over weekends, the partial reopening of borders and resumption of international travel have been ...
News
1 year ago

Details of the case were published shortly before Canadian doctors said on Thursday they had discovered hyperventilation could eliminate alcohol from the body three times faster than the liver on its own.

Dr Joseph Fisher, from the Toronto General Hospital Research Institute, said it was a simple method that could become a game-changer in rescue therapy for severe alcohol intoxication, as well as in simply “sobering up”.

Normally, 90% of the alcohol in the body is cleared exclusively by the liver at a constant rate that cannot be increased. The only other way to remove alcohol from the blood is dialysis.

Fisher said his team's approach was to breathe out the alcohol alongside carbon dioxide, and volunteers used a device that allowed them to hyperventilate off alcohol while maintaining carbon dioxide in the blood at normal levels.

The equipment is the size of a small briefcase and uses a valve system, connecting tubes, a mask and a small tank of compressed carbon dioxide.

“It's very basic, low-tech device that could be made anywhere in the world: no electronics, no computers or filters are required. It's almost inexplicable why we didn't try this decades ago,” said Fisher.

We can't afford to drop guard against Covid

As all sectors of the economy will soon resume full operations people safety from the deadly Covid-19 is in all our hands. It is now up to us, as ...
Opinion
1 year ago

Some metro cops see women as objects for their sexual gratification

At five minutes to midnight this past Saturday, I was stopped by two Tshwane Metro Police Department officers at the Garsfontein Road off-ramp onto ...
Opinion
1 year ago
Next Article