Canadians can save Christmas if Covid-19 contained now, Trudeau says 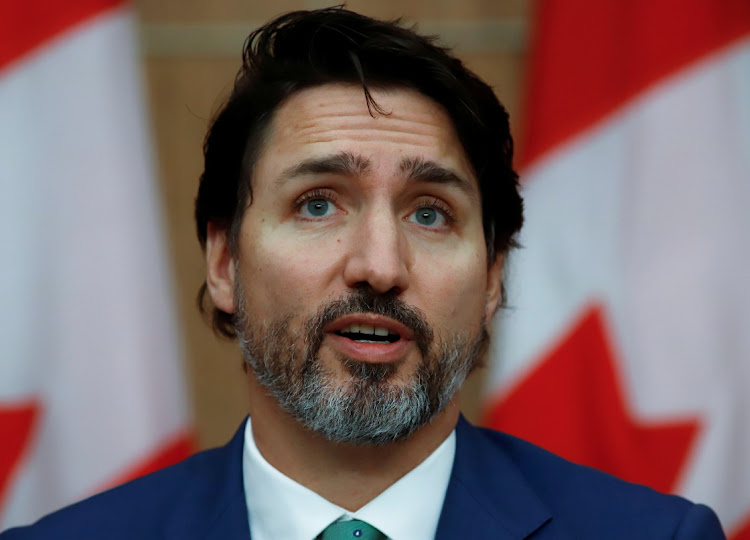 Canadians have time to tamp down the surging second wave of Covid-19 by Christmas if they act now, Prime Minister Justin Trudeau said on Friday, as he urged provincial leaders for the second time this week to impose more health restrictions.

"What we do in the coming days and weeks will determine what we get to do at Christmas," Trudeau said at a news conference.

In Canada, new cases averaged 4,300 per day during the past week, and deaths averaged 55 per day.

If the coronavirus continues to spread at this pace, Canada will be recording more than 10,000 new cases per day by early December, Chief Medical Officer Theresa Tam said. Some Canadian hospitals are already filling up, she added.

"Fires are burning in so many different areas, and right now is the time to get those under control," Tam said. Apart from the Atlantic provinces, where borders are closed to visitors from elsewhere in Canada and abroad, cases are rising across the country.

"Provinces need to make the right decisions around bringing in rules that will limit close contacts, limit the spread of COVID-19," Trudeau said, three days after first urging premiers, who are in charge of health restrictions, to act before it is too late to get the wave under control.

People in the hardest-hit areas of Ontario, the country's most populous province, should stay home and avoid all social gatherings, Premier Doug Ford said in a news conference.

However, restaurants and gyms remain open to a limited number of patrons even in those hotspots. More health restrictions may come next week, Ford said.

"The situation has changed dramatically ... We see the numbers rapidly increasing," Ford said. "Never in our lifetimes has so much depended on our collective actions."

After Manitoba announced a major shutdown on Tuesday, the federal government said on Friday it would fund Red Cross support for long-term care homes in Winnipeg until Jan. 15, and it extended funding for nursing homes in Quebec.

Separately, Trudeau said the government would invest an additional C$1.5 billion ($1.14 billion) into work training programs, especially for sectors suffering the most from the pandemic.

The virus has spread worldwide and many well-known people who have contracted it are coming forward to disclose that they have it in a bid to inform ...
News
2 years ago

President-elect Joe Biden declared it was "time to heal" a deeply divided America in his first speech after winning in a bitter election, even as ...
News
1 year ago

President Cyril Ramaphosa is set to address a UN high-level event which will explore how best to mobilise funds to help developing countries whose ...
News
2 years ago
Next Article