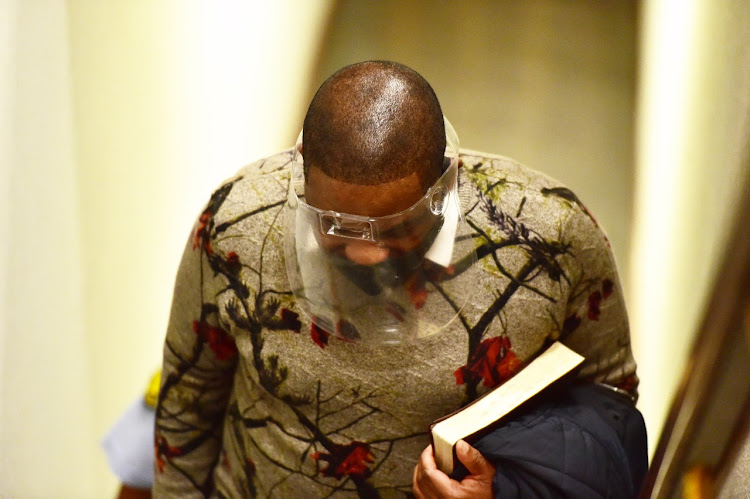 In his judgment on Wednesday, judge Phillip Zilwa said he could not find any new substantial or exceptional circumstances,  after Omotoso brought the application based on new facts.

Zilwa said the facts presented by Omotoso’s defence advocate, Terry Price SC, did not constitute anything new from his previous two applications which were dismissed on September 9 and November 30 2017.

“[The defence cannot be] given carte blanche to regurgitate facts presented in previous bail applications.

“Should there not be anything new the court will not entertain an application,” he said.

Zilwa shot down the claim by the defence that Omotoso was not a flight risk, citing that since Omotoso had been declared a prohibited person in the country he would most likely be deported, as would his wife, Taiwo, 54, and youngest son, Victor.

Zilwa said the chances of Omotoso being a flight risk had increased.

Zilwa found that Omotoso did not necessarily need to flee to his home country of Nigeria after it emerged in court proceedings that he had a number of churches established in other countries around the world.

No bail for pastor Timothy Omotoso

Zilwa found there was no evidence regarding the defence’s argument that the case against Omotoso was weak and the trial had been unjustifiably delayed.

Zilwa further dismissed claims that Omotoso’s physical and mental health was at risk while he was being held in custody at St Albans Correctional Facility and that he was in greater danger of contracting Covid-19.

“These are general conditions of many other prisoners and ordinary citizens,” Zilwa said.

After considering all the evidence before him, Zilwa said he had not been persuaded Omotoso had shown exceptional circumstances to be granted bail.

“[Omotoso] has once again failed to discharge the requisite for bail as the onus is on [him],” Zilwa said.

Arguments in the application are expected to be heard on Monday afternoon.

Zilwa also ruled that the bail court was not in the position to make a ruling on the application for an investigation into the delay in the trial, which would have to be dealt with by the trial judge, Irma Schoeman.

Omotoso, along with his co-accused Lusanda Sulani, 37, and Zukiswa Sitho, 29, face 63 main and 34 alternative charges, ranging from rape to sexual assault, human trafficking and racketeering.

Omotoso has been in custody since April 2017, while Sulani and Sitho are out on R2,000 bail each.

Their trial has been postponed to November 10.