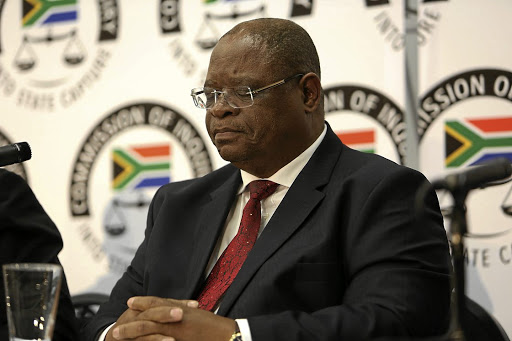 Deputy chief justice Raymond Zondo's declaration that he had a child with a sister of one of former president Jacob Zuma's wives more than 25 years ago was just “propaganda and a publicity stunt”.

This is according to the Jacob Zuma Foundation, which hit back with Zuma's statement on Saturday evening.

Zondo lifted the lid on the personal family connection that Zuma had alluded to in making calls for Zondo to recuse himself as state capture commission chair. Zuma has claimed that Zondo is biased against him.

In its statement, the foundation said the timing of Zondo's announcement on Thursday was intriguing, as the former president's legal team had not planned to bring up the matter in its recusal application.

Duduzane Zuma 'feels betrayed' by David Mabuza, 'who is not taking my calls'

The son of former president Jacob Zuma still feels betrayed by Deputy President David Mabuza, who he alleges has been giving him the cold shoulder ...
News
7 months ago

It said the disclosure was mere mischief designed to save Zondo's image.

“The timing of the media statement is indeed intriguing as it is clear that it was the advice of hidden back room masters and their advisers, trying in vain to do a pre-emptive strike for their man.

“It is rather curious that the deputy chief justice deemed it necessary and appropriate to comment on a matter that is still to be placed before him for adjudication.

The foundation advised Zondo to be patient and wait for the recusal application.

Deputy chief justice Raymond Zondo had a child with a sister of one of former president Jacob Zuma's wives more than 25 years ago.
News
7 months ago

Zuma's lawyers had earlier written a letter to the commission, claiming that Zondo was biased against their client.

The foundation said while it did not expect a positive outcome from a SA court in any matter relating to Zuma, it had hoped that the Supreme Court of Appeal would have steered clear from politics in its latest judgment against the former president.

The court dismissed Zuma's application for leave to appeal against a ruling imposing personal costs for a failed attempt to review then public protector Thuli Madonsela's “State of Capture” report in 2016.

In its statement, the foundation accused the judiciary of becoming a part of the “political onslaught” against Zuma by “bending the law in order to serve political elites that seek to scapegoat president Zuma for all the ills that confront SA.

“It is clear that punishing president Zuma has become a guarantee for a career in the judiciary,” it said.